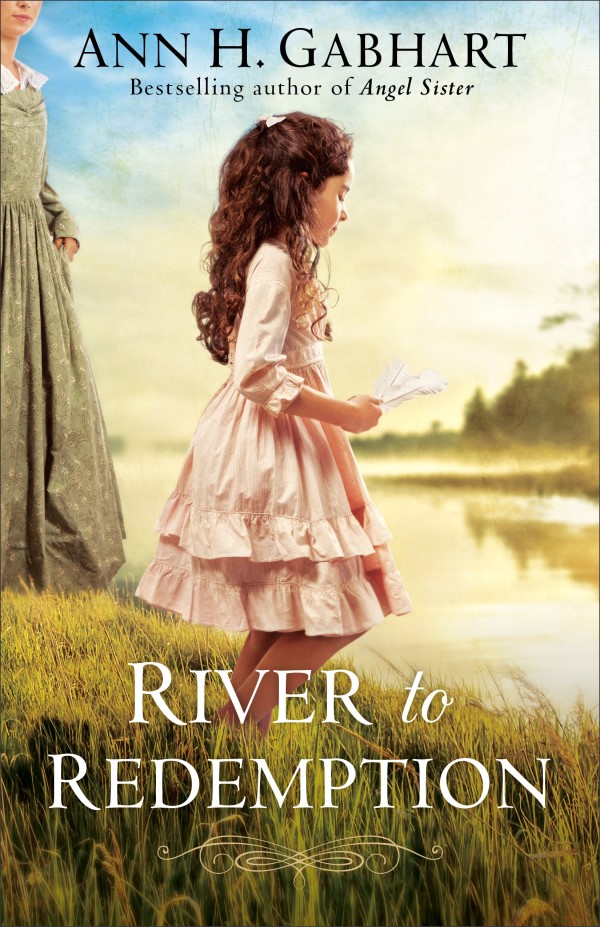 Although River to Redemption features Adria Starr, a child orphaned by the cholera epidemic and Ruth Harmon, widowed by the same epidemic and who raised Adria, the real story revolves around Louis, a slave in their town. Left by his owner to see to things during the epidemic, Louis had ample opportunity to flee and become a free man but felt led by the Lord to take care of the people affected by illness and death at great sacrifice to himself. Adria never forgot what Louis did for her and the town and a number of years later she decided to take action to repay him for his sacrificial and heroic actions.

Set in 1840s Kentucky, prior to the emancipation of slaves, even Christians turned a blind eye to the plight of the slaves. Attitudes in this story may be offensive to many of us today but are perfectly accurate in this historic setting. Adria’s ideals were unusual for the time period and is made obvious by how some citizens responded to her. Romance plays only a minor role in this story with Adria making some difficult decisions about two men who vie for her attention. Ruth, who has avoided male relationships since her husband’s death, has a surprise in store near the end.

River to Redemption may progress a bit slower than many such novels but it has a depth of detail that was enlightening to me. I loved finding out that this engaging book is based on a true story and real people. This book is a must for all lovers of American history. It’s not something you will find in the typical history book.

I voluntarily reviewed a copy of this book provided by Revell Reads, a division of Baker Publishing Group. A favorable review was not required. All views expressed are my own.

One young woman must stand up for freedom–and perhaps find her own in the process.

Orphaned in the cholera epidemic of 1833, Adria Starr was cared for by a slave named Louis, a man who passed up the opportunity to escape his bondage and instead tended to the sick and buried the dead. A man who, twelve years later, is being sold by his owners despite his heroic actions.

Now nineteen, Adria has never forgotten what Louis did for her. She’s determined to find a way to buy Louis’s freedom. But in 1840s Kentucky, she’ll need all of the courage and strength she possesses–and more.

Ann H. Gabhart is the bestselling author of several Shaker novels–The Outsider, The Believer, The Seeker, The Blessed, and The Gifted–as well as Angel Sister, Small Town Girl, Love Comes Home, Words Spoken True, and The Heart of Hollyhill series. She lives with her husband a mile from where she was born in rural Kentucky. Learn more at www.annhgabhart.com.

When I first read the description of “Love’s Awakening” I opened it somewhat expecting a retelling of the story of Romeo and Juliet or perhaps even the Hatfields and McCoys. I am pleased to say that neither situation transpired – no tragic deaths of star-crossed lovers or the violent fighting of feuding mountain families. However, there is a bit of violence but it is not graphic – it is mostly described after the fact. And there is a romance between the two predominant characters that seems doomed from the start.

Compared to previous novels by Laura Frantz, “Love’s Awakening” may move at a slower pace but it certainly has some action filled moments. Heroine Ellie Ballantyne is a sweet and innocent young woman with a backbone of steel that develops as her story progresses. I liked the way she learned to stand up for her dreams and beliefs and to fight for love rather than settling for security and society’s approval. Jack Turlock is the perfect hero. Viewed by most as a rogue, primarily because of the actions of his whiskey making family who have been known to resort to most anything to get ahead including suspected murder. Jack finds himself in love with Ellie but knows that there is no way her family would allow her to even be seen with a Turlock. He hates what his father and brother stand for but has no hope he can ever escape the family reputation.

Jam-packed with an abundance of historical facts, “Love’s Awakening” offers the reader an intimate look inside the lives of a family willing to risk everything to assist slaves to freedom. The highly volatile feelings between the abolitionists and those who favored slavery were vividly portrayed. The remarkable plot incorporates a wide range of emotions including anger, humor, grief, love, hate, and forgiveness. A prevalent theme is that a person does not have to be defined by his family or circumstances but by his own actions and by following the plan that God has for his life.

As with all Laura’s previous novels, I enjoyed “Love’s Awakening” and highly recommend it to those who love American historical fiction.

This book was provided for review by
Revell, a division of Baker Publishing Group. 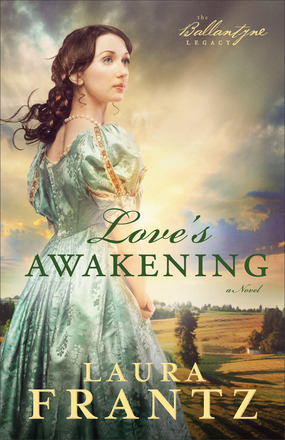 In the spring of 1822, Ellie Ballantyne leaves finishing school and returns to the family home in Pittsburgh only to find that her parents are away on a long journey and her siblings don’t seem to want her to stay. Determined to stand her ground and find her place in the world, Ellie fills her time by opening a day school for young ladies.

But when one of her students turns out to be an incorrigible young member of the Turlock family, Ellie knows she must walk a fine line. Slaveholders and whiskey magnates, the Turlocks are envious of the powerful Ballantynes and suspicious of their abolitionist leanings. As Ellie becomes increasingly entangled with the rival clan–particularly the handsome Jack Turlock–she finds herself falling in love with an impossible future. Will she betray her family and side with the enemy?

Masterful storyteller Laura Frantz continues to unfold the stirring saga of the Ballantyne family in this majestic tale of love and loyalty. This is the Ballantyne Legacy.

“Frantz’s in-depth historical research combines with her fascinating characters to create a gripping romance that kept me turning pages late into the night. I highly recommend Love’s Awakening. It is a rare find.”–Serena B. Miller, RITA Award-winning author of The Measure of Katie Calloway

In the second installment of the Ballantyne Legacy series, we are reunited with familiar characters from the first book and introduced to some new ones. Frantz’s family saga is a rare treat for fans that will stay with readers long after they finish. –RT Reviews 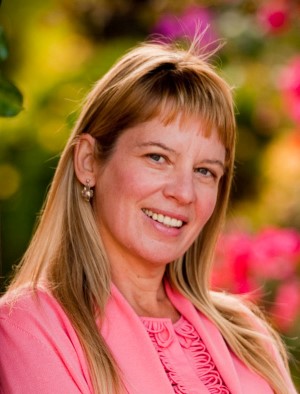 Laura Frantz is a lover of history, is the author of The Frontiersman’s Daughter, Courting Morrow Little, and The Colonel’s Lady, and currently lives in the misty woods of Washington with her husband and two sons.

Learn more about Laura and her books HERE.

This week, the
Christian Fiction Blog Alliance
is introducing
Path of Freedom
Abingdon Press (January 2013)
by
Jennifer Hudson Taylor
ABOUT THE AUTHOR: 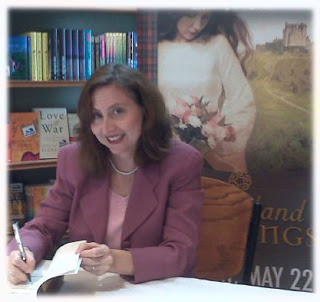 Jennifer Hudson Taylor is an award winning author of historical Christian fiction set in Europe and the Carolinas and a speaker on topics of faith, writing and publishing. Her debut novel, Highland Blessings, won the 2011 Holt Medallion award for Best First Book. Jennifer’s work has appeared in national publications, such as Guideposts, Heritage Quest Magazine, Romantic Times Book Reviews, and The Military Trader. She serves as the in-house Publicist at Hartline Literary Agency and co-owns Upon the Rock Publicist. Jennifer graduated from Elon University with a B.A. in Communications. When she isn’t writing, she enjoys spending time with family, long walks, traveling, touring historical sites, hanging out at bookstores with coffee shops, genealogy, and reading.

2nd in the Quilts of Love series

When Quakers Flora Saferight and Bruce Millikan embark on the Underground Railroad, they agree to put their differences aside to save the lives of a pregnant slave couple. With only her mother’s quilt as a secret guide, the foursome follows the stitches through unknown treachery.

As they embark on their perilous journey, they hope and pray that their path is one of promise where love sustains them, courage builds faith, and forgiveness leads to freedom.

If you would like to read the first chapter of Path of Freedom, go HERE.

I have to admit that when I first began to read Path of Freedom, the constant use of “thee” and other Quaker speech that was used to authenticate the novel seemed a bit stilted but it didn’t take me very long to get so involved in the story that it began to feel natural and I ceased to really notice it. I enjoyed learning of the Quaker involvement in the Underground Railroad movement as Bruce and Flora’s experiences made its history come to life for me.

Both Bruce and Flora were unique characters with a volatile relationship since childhood. When the pair are sent out on a mission for the Underground Railroad, Flora is uncertain if they can work together successfully. Although Bruce has put his boyhood pranks behind him, Flora still finds it hard to trust him and can’t forget the pain he caused her in the past. It doesn’t help matters when Bruce seems to put his foot in his mouth every time he tries to compliment Flora.

Path of Freedom is well-paced with enough drama, humor, danger, and romance to hold the interest of most readers. I liked how the focus was on serving others for the Lord and the emphasis on forgiveness.  I always enjoy seeing history take place through the eyes of someone who could have been there. Taylor did an excellent job of making that happen. I have enjoyed the Quilts of Love series thus far and look forward to future releases.