A Marriage Carol by Chris Fabry and Gary Chapman

This week, the
Christian Fiction Blog Alliance
is introducing
A Marriage Carol
Moody Publishers (September 1, 2011)
by
Chris Fabry and Gary Chapman
ABOUT THE AUTHORS:

CHRIS FABRY is a graduate of W. Page Pitt School of Journalism at Marshall University and Moody bible Institute’s Advanced Studies Program. Chris can be heard daily on Love Worth Finding, featuring the teaching of the late Dr. Adrian Rogers. He received the 2008 “Talk Personality of the Year” Award from the National Religious Broadcasters. He has published more than 60 books since 1995, many of them fiction for younger readers. Chris collaborated with Jerry B. Jenkins and Dr. Tim LaHaye on the children’s series Left Behind: The Kids. His two novels for adults, Dogwood and June Bug, are published by Tyndale House Publishers. Chris is married to his wife Andrea and they have five daughters and four sons. 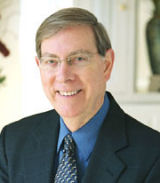 GARY CHAPMAN is the author of the bestselling Five Love Languages series and the director of Marriage and Family Life Consultants, Inc. Gary travels the world presenting seminars, and his radio program airs on more than 400 stations.

On Christmas Eve twenty years earlier, Marlee and Jacob were married in a snowstorm. This Christmas Eve, they are ready to quit, divorce is imminent. Their relationship is as icy as the road they’re traveling and as blocked with troubles as the piling snow. They take a shortcut to get to the lawyer’s office, on a slippery, no-fault path. She thinks they need to stay on the main road. He disagrees. They fight. Story of their lives and they slam into a bank of snow , spinning, drifting, falling, out of control. Just like their lives. Reluctantly, freezing cold, hungry, scared, she trudges up the hill. Paul is nowhere to be found. Her ears frozen, fingers and hands red, she comes to a house on the hillside, built like a Bed and Breakfast, a green wreath on the red door and the door-knocker is in the shape of a wedding ring.

The red door opens and the first thing she notices is the fire in the room, blazing hot, a warm, inviting, friendly place and the voice of an old man welcomes her in. There are three golden pots on the hearth, shining, glimmering things. The old man claims that they are used to restore marriages. She laughs—and begins a journey through her past, present, and future that will test how she views her lifelong love. There are two futures available. Which will she choose?

If you would like to read the first chapter excerpt of A Marriage Carol, go HERE.