This week, the
Christian Fiction Blog Alliance
is introducing
Lost Melody
Zondervan (October 25, 2011)
by
Lori Copeland and Virginia Smith
ABOUT THE AUTHORS:

Lori lives in the beautiful Ozarks with her husband Lance. Lance and Lori have three sons, three daughter-in-laws, and six wonderful grandchildren, and two great-granddaughters. Lance and Lori are very involved in their church, and active in supporting mission work in Mali, West Africa. 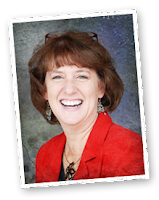 Virginia Smith is the author of more than a dozen Christian novels and over fifty articles and short stories. Her books have been named finalists in the Daphne du Maurier Award of Excellence in Mystery/Suspense, the American Christian Fiction Writer’s Book of the Year Award, and ACFW’s Carol Award.

A Certified Lay Speaker for the United Methodist Church, Ginny’s messages are always well-received by a variety of audiences in conferences, retreats and churches across the country. When she isn’t writing or speaking, Ginny and her husband, Ted, enjoy exploring the extremes of nature – snow skiing in the Wasatch Mountains near Salt Lake City, motorcycle riding on the curvy roads in central Kentucky, and scuba diving in the warm waters of Mexico and the Caribbean.

The beautiful piano sitting in the corner of Jill King’s apartment begs to be played. For over a year, it has sat untouched, ever since a terrible accident shattered Jill’s ambition of becoming a concert pianist. The ragged scar on her left hand is a cruel and constant reminder of the death of her dream. But another dream is about to come to life—an unexpected, horrifying dream that will present Jill with a responsibility she never wanted. And choices she never wanted to make. Hundreds of lives depend on Jill’s willingness to warn her small, oceanside town in Nova Scotia of a nameless, looming disaster. But doing so could cost Jill her reputation, jeopardize the political career of the man she loves, and ruin their plans for a future together. The fate of an entire community hangs in the balance as Jill wrestles with the cost of heeding one still, small voice.

If you would like to read a chapter excerpt of Lost Melody, go HERE.

Learn more about Lori and her books on her Website.

Learn more about Virginia and her books on her Website.

The concept for Lost Melody is a fascinating one. An aspiring concert pianist’s career is cut short by injuries suffered in an accident. Wedding plans should bring excitement and happiness but repeated dreams of impending disaster haunt Jill’s days and have caused her even to fear sleep. When Jill goes public with her warning, things really take an interesting twist.

I found the way people responded to Jill’s warning to be quite intriguing. From those who reacted with hostility, those who backed her 100% and those who looked to her for answers for their lives, each one responded in a way that I might expect if this story were true. What a test of Jill’s faith and a test for the people who cared for her. My question for myself is “What would I do in similar circumstances?”

I enjoyed Lost Melody and would recommend it.