Before The Scarlet Dawn by Rita Gerlach

This week, the
Christian Fiction Blog Alliance
is introducing
Before The Scarlet Dawn
Abingdon Press (February 2012)
by
Rita Gerlach
ABOUT THE AUTHOR: 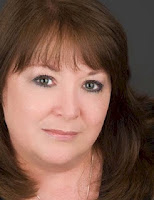 Rita Gerlach lives with her husband and two sons in a historical town nestled along the Catoctin Mountains, amid Civil War battlefields and Revolutionary War outposts in central Maryland.

“Romantic historical fiction that has an inspirational bent, is one way people can escape the cares of life and be transported back to a time of raw courage and ideal love,” she says. “The goal of my writing is to give readers a respite, and inspire them to live fully and gratefully.”

In many of her stories, she writes about the struggles endured by early colonists, with a sprinkling of both American and English history. Currently she is writing a new historical series for Abingdon Press entitled ‘Daughters of the Potomac’. See her ‘Novels In Progress’ page on her website to learn more.

There are other novels on her list to be published, and a proposal for another book series.

She was born in Washington D.C. and grew up in a large family in the Maryland suburbs. Her family claims that storytelling is their blood, handed down from centuries of Irish storytellers. Rita believes there just may be something to that theory.

In 1775, Hayward Morgan, a young gentleman destined to inherit his father’s estate in Derbyshire, England, captures the heart of the local vicar’s daughter,

Eliza Bloome. Her dark beauty and spirited ways are not enough to win him, due to her station in life.

Circumstances throw Eliza in Hayward’s path, and they flee to America to escape the family conflicts. But as war looms, it’s a temporary reprieve. Hayward

joins the revolutionary forces and what follows is a struggle for survival, a test of faith, and the quest to find lasting love in an unforgiving wilderness.

If you would like to read the first chapter of Before The Scarlet Dawn, go HERE.

Learn more about Rita and her books on her Website.

Even as I begin this review, I am not entirely sure how to go about it. Before The Scarlet Dawn is not your usual historical romance, in fact there is very little true romance in it. After reading it I was left with very mixed feelings about what happened in the story and  wondered if that could be exactly what the author intended.

Before The Scarlet Dawn was very well written with descriptive language that drew me into the story. I could almost feel and hear the cold winds of a fierce winter blizzard and experience the hardship and loneliness of two women trying to survive in the frontier wilderness without a man. Characters were well defined – well enough that I thoroughly disliked at least one of them. The story abounds with unexpected twists and turns and some moments when you just want to shake one of the characters.

Before The Scarlet Dawn is a story filled with emotions that range through love, hate, lust, compassion, desperation, depression, and grief to mention but a few. It is a story about choices and the effects those choices have on each person involved. It is a story about dependence on God and the power of His forgiveness. It is also a story that will leave you wanting more. Thankfully, two more installments will be forthcoming in this series that should help wrap up some of the loose ends.