by
Ann Tatlock
ABOUT THE AUTHOR: 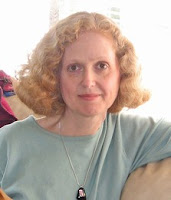 Ann Tatlock is the author of the Christy Award-winning novel All the Way Home. She has also won the Midwest Independent Publishers Association “Book of the Year” in fiction for both All the Way Home and I’ll Watch the Moon. Her novel Things We Once Held Dear received a starred review from Library Journal and Publishers Weekly calls her “one of Christian fiction’s better wordsmiths, and her lovely prose reminds readers why it is a joy to savor her stories.” Ann lives with her husband and daughter in Asheville, North Carolina.

A YOUNG WOMAN determined to honor her commitment…

AN INJURED SOLDIER convinced life is no longer worth living…

A RETIRED DOCTOR certain it’s too late to be forgiven…

Jane Morrow has a dilemma. She’s engaged to Seth Ballantine, a member of the National Guard’s 30th Heavy Brigade Combat Team, and he’s returned from Iraq severely wounded. Jane hasn’t seen him for nearly a year, and with trepidation, she heads to the VA hospital in Asheville, North Carolina, where he is being treated.

Seth isn’t happy to see her. He’d asked her not to come. He wants to end the relationship. But Jane loves him, and despite his injury, she’s determined to convince him that they can have a life together. Her faith has never been strong, yet she hopes God will answer her prayers and tell her what to do.

Beautifully written, Travelers Rest takes readers on a journey through pain and tragedy to a place of hope and redemption.

If you would like to read the first chapter of Traveler’s Rest, go HERE.

Learn more about Ann and her books on her Website.

When Jane’s fiance Seth returns from Iraq as a quadriplegic, nearly everyone, including Seth, believes that she should go on with her life without him. Jane just can’t give up on her commitment to him that easily, believing that he is the same person she loves. She is determined that they can have a successful marriage despite his overwhelming handicaps and she thinks she is willing to make the sacrifices required to take care of him. When Jane moves for the summer to be near the VA hospital where Seth is a patient, she meets a number of people who will affect her life in various ways and makes some unlikely friendships along the way.

In Traveler’s Rest, Tatlock deals with subjects that are  often difficult and uncomfortable but are nevertheless facts of life for many. She incorporates them into a story that is enjoyable but leaves the reader with plenty to contemplate. Her eclectic blend of characters brings some relief to the somber subject. The plot moves fairly slowly but in Traveler’s Rest that is a good thing. The beautiful symbolism of a couple of scenes near the end of the book were especially touching. Traveler’s Rest is essentially a story about the search for love that can only be found in one place.

I wasn’t certain if I would enjoy Traveler’s Rest but I am so glad I read it all. There are really no words to say exactly what I would like to communicate about how good this book is. Just pick up a copy and find out for yourself.