This week, the
Christian Fiction Blog Alliance
is introducing
Annie’s Truth
Realms (May 15, 2012)
by
Beth Shriver
ABOUT THE AUTHOR: 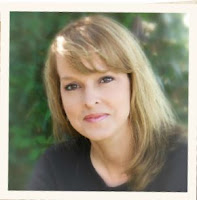 Childhood memories of her grandfather’s ranch came alive as Beth wrote her first Amish story. Her parents grew up in the country, so she understands pastoral life and respects those who make a living off the land. She frequents a nearby Amish community just south of Fort-Worth for an occasional church service or brunch with the bishop and his wife. And on the way home she stops at the community store to get some plum jam!

In 2003 Beth began writing her first book. A couple of years later it was published and she has been writing ever since. Beth received a degree in social work from the University of Nebraska and was a case worker before starting a family. Beth followed her passion and has written in a variety of genres in both fiction and non-fiction.

After learning the truth about who she really is, can this prodigal daughter be accepted back into the safety and security of home?

Annie Beiler seems to have it all—a loving family in a tight-knit Amish community and the affections of an attractive and respected young man. But when she learns that she was adopted after being found as an abandoned newborn, she sets out on a journey to find out who she is.

Her father is strongly against her decision to leave, as it could mean Meidung, or excommunication from the community and even her family. But Annie knows she must find “the path that has her heart.”

As Annie’s search brings her into the fast-paced world of modern life, she is confronted with all of the temptations she was warned of. Can she make her way back to the order and security of her family? Or will she remain an outsider—torn between her two worlds?

If you would like to read an excerpt from the first chapter of Annie’s Truth, go HERE.

Learn more about Beth and her books on her Website.

For true fans of Amish fiction, Annie’s Truth adds yet another choice of books in that genre. Featuring members of an old order Amish community, the narrative reveals several differences between various sects and gives the reader an inside look at their lives. The story itself was interesting, particularly the varied reactions to Annie’s time away from the community. With a primary message of forgiveness,  Annie’s Truth was quickly read and enjoyable.