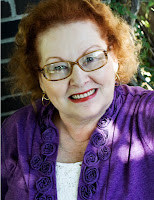 Lena loves James, her children, grandchildren, and great grandson. She loves chocolate, cherries, chocolate-covered cherries, and spending time with friends. Travel is always on her horizon. Cruising, Galveston, the Ozark Mountains of Arkansas, Mexico. One day it will be Hawaii and Australia, but probably not the same year. Helping other authors become published really floats her boat, with fifteen signing their first book contract after her mentoring. Three of her books have been awarded the Carol Award silver pins from American Christian Fiction Writers and she has received the ACFW Mentor of the Year award at their national conference. The high point of her day is receiving feedback from her readers, especially people whose lives have been changed by her books. And she loves chocolate, especially dark chocolate.

When her mother dies, Mary Lenora must grow up quickly to take care of her brothers and sisters. Can love help her to shoulder the burden?

Mary Lenora Caine knows she is adopted. As she was growing up, her mother called her “God’s blessing.” But now that she’s gone, Mary no longer feels like any kind of blessing. Her father, in his grief, has cut himself off from the family, leaving the running of the home entirely in Mary’s hands.

As she nears her eighteenth birthday, Mary can’t see anything in her future but drudgery. Then her childhood friend Daniel begins to court her, promising her a life of riches and ease. But her fairy-tale dreams turn to dust when her family becomes too much for Daniel, and he abandons her in her time of deepest need.

Will Daniel come to grips with God’s plan for him? And if he does return, can Mary trust that this time he will really follow through?

If you would like to read the first chapter of Mary’s Blessing, go HERE.

Mary’s Blessing  is the second book in the McKenna Daughters series by Lena Nelson Dooley and features Mary Lenora Murray, one of the McKenna triplets who had been adopted by another family when her mother died in childbirth. Approaching marriageable age, Mary is so busy taking care of the household responsibilities and her younger siblings that she has very little hope that life will ever be any different. Daniel Winthrop has other ideas. He is very aware of how hard Mary works and would like nothing better than to marry her and make her life easier. When she accepts his request to court her, Daniel begins to make big plans for their future. Unfortunately life does no always cooperate with the best laid plans and Mary’s father suffers a serious accident that puts both Mary and Daniel to the test.

Although at first glance Mary’s Blessing appears to be much like other novels of this genre, it has a lot to recommend it. At the beginning of the story, both Mary and Daniel are obviously immature and not nearly as ready for marriage as they think they are. Mary’s dad has been so immersed in his grief that he doesn’t realize the burdens he has placed on Mary. And Mary’s younger sister is mostly self-centered and uncooperative much of the time. I liked how each of the characters progressed naturally as a result of their trials, especially the way the younger ones matured and grew in their faith.

Mary’s Blessing is not always an easy story to read because it depicts difficult and sometimes heartbreaking situations. But such is life and Dooley’s characters are so real-to-life that the reader will quickly grow to care about each one of them and rejoice with them as they manage to overcome the obstacles in their paths. I am looking forward to the third installment of the series and hope to see the triplets reunited.