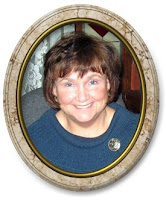 Linda Windsor makes her home at a restored and “growing” late 18th century home on the Eastern Shore of Maryland. Above the Windsor front door hangs a sign saying “Fort Necke, assigned 1684, established 1830,” which means the land grant is older than the current building. She purposely left off the ageing brought on by the restoration to her mind and body – not enough space to accommodate the number. Chronologically, she admits to celebrating another birthday, just like the rest of us, each year on July 8th — which also happens to be the anniversary of the day the Liberty Bell cracked.

Amid the often chaotic “country inn” atmosphere, Windsor has written quite a collection of historical and contemporary romances as both Linda Windsor and Linda Covington. Windsor’s historical novels are known for her distinctive voice and flair for incorporating history with romance and adventure, while her contemporary romantic comedies are guaranteed to warm the heart, lift the spirit, and tickle the funny bone. Windsor insists that nothing is more entertaining than life itself, be it past or present.

With a degree in education from her local university, one of the greatest rewards to the innate teacher in Linda was hearing from readers that her Irish Gleannmara series was approved for some middle school English book reports as well as being used in home-schooling. To Windsor, entertaining, or keeping the pages turning, while educating is as much as any historical novelist can ask for.

Learn more about Linda and her books on her Website.

With Merlin dead, the succession undecided, and the Celtic church on the defensive from Rome, intrigue sweeps the court of the High King Arthur. But it’s battlefield news that consumes Queen Gwenhyfar’s young scribe, Kella O’Toole: her fiancé is dead and her father gone missing.

Determined to find him at all costs, Kella defies the queen’s orders and sets out for Pictish territory. Her foster brother Alyn, a disillusioned priest who questions his calling, agrees to help her. The journey itself is perilous. But it’s their secrets that land Kella and Alyn in a viper’s nest of treachery that threatens both their lives and the future of Albion.

Can they summon the love and faith they need to find their way not only out of danger, but into happiness? Brilliantly researched, vividly imagined, and movingly written—a memorable climax to the Brides of Alba series.

If you would like to read the first chapter of Rebel, go HERE.

Although I had not read the previous two books in The Brides of Alba series, I had very little problem jumping right into the middle of Rebel. At times I did wish I knew a bit more of the back story but even that did not negatively affect my enjoyment of the novel.  I would, however, like to go back and see what I missed because Rebel was that good.

I have read and enjoyed other Arthurian era novels, most notably the Stephen Lawhead series. Linda Windsor takes her readers on an entirely different adventure where King Arthur and the other better known characters from the Arthurian legend play a minor role and the focus is on Kella, a scribe to the queen and Alyn, Kella’s foster brother who accompanies her on a search for her missing father. As they are surrounded by danger on all sides, Alyn and Kella are forced to depend upon each other and their faith in order to survive and soon find their lives inextricably bound.

Rebel is beautifully written and obviously well researched with historical facts so skillfully woven into the fantastic plot that it is difficult to separate them. Characters are well developed and the communication between them is natural and believable. The plot moves at a rapid pace with lots of action, drama, suspense, and an exceptional love story. I also enjoyed the historical section at the end of the book that includes numerous facts that relate to the Arthurian legend.

I have always enjoyed Linda’s contemporary novels but Rebel is her first historical for me. I can now say it won’t be the last. If you enjoy novels based on the Arthurian legend, be sure not to miss Rebel or the other novels in The Brides of Alba series.