A Duke’s Promise by Jamie Carie

This week, the
Christian Fiction Blog Alliance
is introducing
A Duke’s Promise
B&H Books (September 1, 2012)
by
Jamie Carie
ABOUT THE AUTHOR: 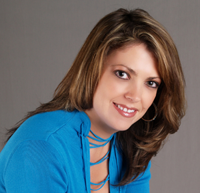 As Jamie’s relationship with God grew, she discovered her heart was filled with songs and poetry. During high school she wrote lyrics for her brother’s band. (And she sang them too!) After college, Jamie married, had two sons and decided to stay home with them. While she homeschooled she wrote skits, poems, plays and short stories for school and church.

When her eldest son turned five she dove into the world of novels. She’d read romance novels for years, but couldn’t relate to the flawless, saintly heroines in Christian romance novels. So she decided to write her own.

Snow Angel was born on a frosty night in an old farmhouse in Fishers, Indiana, where the cold floor gave plenty of motivation for the snow scene. Jamie loves to write late at night when the house is quiet and the darkness seems alive. Elizabeth and Noah had been playacting in her head for a long time, so the story went fast.

Ten years later Snow Angel was published and won the ForeWord magazine Romance Book of the Year winner, was a National “Best Books 2007” Awards winner, and a 2008 RITA Awards® Best First Book finalist. It was the beginning of her dream career.

Jamie and her husband Tony have been married for twenty-one years and live in Indianapolis with their three sons and a giant of a dog named Leo.

If she could only say one thing to her readers it would be, “Live the dreams God has destined you for!”

From the Land of Fire and Ice back to England’s shores, Alexandria Featherstone finds herself the new Duchess of St. Easton. Her husband has promised a wedding trip to take them to the place where her imperiled parents were last seen — Italy and the marble caves of Carrara — but a powerful Italian duke plots against Alex and her treasure-hunting parents.

Hoping to save them, Alex and Gabriel travel to Italy by balloon. Fraught with danger on all sides and pressured by Gabriel’s affliction to the breaking point, they must learn to work and fight together. The mysterious key is within their grasp, but they have yet to recognize it. This journey will require steadfast faith in God and each other — a risk that will win them everything they want or lose them everything they have.

If you would like to read the first chapter of A Duke’s Promise, go HERE.