Greenwood and Archer by Marlene Banks

This week, the
Christian Fiction Blog Alliance
is introducing
Greenwood and Archer
Lift Every Voice; New Edition edition (September 20, 2012)
by
Marlene Banks
ABOUT THE AUTHOR: 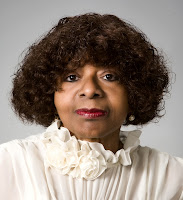 Marlene Banks has worked 30+ years combined in nursing and the business arena. Her goal as a writer is to create inspiring, gripping and realistic stories with an emphasis on African American literature. She believes her gift and desire to write is from God and desires to use it to fulfill His purposes. Marlene lives in Philadelphia, Pennsylvania where she is a member of Bethel Deliverance International Church.

Greenwood and Archer: After the Riot continues the stories of Billy Ray Matthias and Benny Freeman and the residents of the Greenwood District after the historical Tulsa Race Riots of 1921. Though a sequel to Son of a Preacherman, Greenwood and Archer can be read as a stand alone book.

The White Glove Society has all but destroyed the Greenwood District, home to the affluent blacks in Tulsa. Now those who have survived are trying to recover what is left including Billy Ray Matthias and Benny Freeman. Billy Ray and Benny are engaged but Benny is hesitant to set a date. Jordan Franks, Benny’s ex-fiancee shows up in Tulsa and Benny is confronted with the memories and emotions of the crippling break up she experienced with Jordan. She must decide whether she will stand and face her past or allow it to drive her back into the dark place she’d grown used to before meeting Billy Ray. Billy Ray’s attempts to keep Benny from running away are challenged by his own struggles as he wrestles with God’s call on his life to preach.

DP Dooley, plagued by a past that prompted him to turn from God and become a government agent, is in a turmoil as he wars against enemies seen and unseen. Internally, he fights against the darkness of his soul as the anger and resentment he has harbored against God for most of his life wears him down. Externally, he continues to fight against the threats of the bigoted White Gloves Society, which is growing and trying to increase its racist activities.

The once hard-edged racial views of Chief Tobias Parnell have noticeably dulled and he no longer enjoys the favor of the White Glove Society. Teaming up with Dooley, Chief Parnell fights against illegal racketeering, bootlegging and racial crimes.
A new brotherhood forms in Tulsa, the interdenominational Christian clergyman (ICCA). Braving the social struggles of Tulsa, five clergymen attempt to and bring together God’s people, regardless of race, economic status, gender, ethnicity and even doctrine. Their goal, along with the people of Greenwood is to see a new Tulsa rise from the ashes.

If you would like to read the first chapter of Greenwood and Archer, go HERE.