Mystery of the Heart by Jillian Kent

This week, the
Christian Fiction Blog Alliance
is introducing
Mystery of the Heart
Realms (January 8, 2013)
by
Jillian Kent
ABOUT THE AUTHOR: 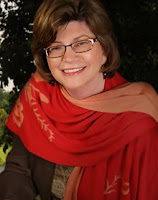 Jillian Kent is a busy writer and the alter ego of Jill Nutter, a full-time counselor.

Jill spent the first semester of her senior year of college at Oxford studying British Literature, where she fell in love with England. During this season, she came to appreciate the written word, the rich imagery of romantic poetry like The Highwayman, and historical novels of many types, including Jane Austen and all things Regency.

Jill received her Bachelor of Arts in Sociology from Bethany College in West Virginia, and her Masters Degree in Social Work from WVU, and she brings her fascination with different cultures and societies into her writing.

Jill has always been a romantic at heart, so readers will find a good dose of romance woven through each of her novels. Jill, her husband Randy, and children Katie and Meghan are animal lovers. They currently own two dogs, Boo-Boo and Bandit and a menagerie of cats, Lucky, Yuma, Snow, and Holden. Critters of all assortments make their appearance in her stories.

Lord Eden is intrigued when he discovers Lady Mercy Grayson’s secret, but how can he hope to gain her heart when he is forced to betray her?

Lady Mercy Grayson longs be a physician like her big brother, Devlin, Lord Ravensmoore. However, society would never tolerate a female physician, let alone one who is a noblewoman. So Mercy takes matters into her own hands, disguising herself as a man to get through medical school. But then a male colleague discovers her secret, which is only the beginning of Mercy’s problems that could destroy her dreams forever.

The Prince Regent is awaiting the return of Vincent St. Lyons, Lord Eden, whom he sent on a secret voyage to locate and bring back a relic that some believe possesses the power to heal. St. Lyons discovers Mercy washed up on England’s shore upon his return and agrees to give her safe passage to London aboard a ship of men practicing African Vodun. Both must face treacherous circumstances, difficult decisions, and a growing attraction to one another that could forever change the course of their lives.

As the final installment in the series, the theme of this book is God’s plans for our lives. “Whatever the hand findeth to do, do it with all thy might” (Eccles. 9:10).

If you would like to read the first chapter of Mystery of the Heart, go HERE.

Mystery of the Heart is a romantic mystery/suspense with a setting in Regency era England. In some ways it reminded me of the gothic romance novels I used to read in my younger days when good clean fiction was a bit easier to find outside the Christian genre. Although there was no brooding hero, or someone locked in the attic, or a dark and scary mansion, there was still an element of the dark mystery that made those old novels so intriguing.

Many elements worked together to make this novel a page-turner for me. With an ancient relic that changed hands several times under violent circumstances before it finally found its way into the king’s hands, a group of African Vodun (voodoo) practitioners who were an additional threat, and Mercy’s mysterious stalker, the stage was set for plenty of suspense. Then there was the handsome Lord Eden who rescued her from certain death at the beginning of the story and remained a part of her life due to other circumstances. The attraction between them was obvious but each of them had other plans for their lives that did not involve romance or marriage.

Mystery of the Heart was a great book with a captivating plot and wonderful characters. It was fun to touch base again with characters from the first two novels of The Ravensmoore Chronicles. I enjoyed the entire series so much that I hate to see it end.