This week, the
Christian Fiction Blog Alliance
is introducing
Redeeming Grace
Lighthouse Publishing of the Carolinas;
1st edition (February 28, 2013)
by
Ward Tanneberg
ABOUT THE AUTHOR: 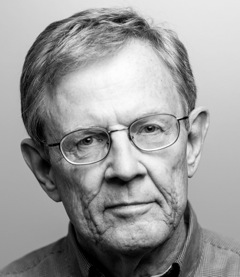 Ward Tanneberg is a pastor/writer/novelist who has given more than 50 years to evangelism, youth, college and pastoral ministry, including two Pacific Northwest churches and 23 years as the senior pastor at Valley Christian Center in Dublin, CA. In 2008, he was named President/Executive Director of The CASA Network. Ward speaks extensively at 50+ retreats and ministry leadership events in the USA and elsewhere. When at home he meets weekly with a group of business and professional leaders. He and Dixie have 2 children, 3 grandchildren, 4 step-grandchildren and a great grandson.

Learn more about Ward and his books on his Website.

Seven years ago, Grace Grafton died in a boating accident while partying on the Georgia, South Carolina coast. Was her death the result of alcohol and drugs or something more sinister? Nobody knows: her body was never recovered. Now years later, a woman reads in disbelief the note addressed to her: Hello Grace, did you think we wouldn’t find you?

Those nine chilling words end Grafton’s self-imposed sanctuary of witness protection. Now she and everyone she loves are in grave danger. Long believed dead, she has a secret that can change the world. She knows the man running for president is guilty of a double murder! But who will believe her?

If you would like to read the first chapter of Redeeming Grace, go HERE.

When my copy of Redeeming Grace arrived in the mail, I took one look at the sheer size of it and wondered how I would ever get it read in addition to all the other books I had committed to review. But I knew that if I could read “War and Peace” when I was in high school, I could probably get through this one also. It has taken me a bit longer to read than my average review book but it has been worth every minute.

Ward Tanneberg has written a riveting novel about what can happen when wealthy and powerful men become corrupted and indifferent to others, especially when they become involved in politics. Redeeming Grace features Grace Grafton, a young woman who narrowly escaped with her life due to one careless decision and has had to assume a new identity in order to protect herself and others who knew what happened that fateful evening. Just as she thinks that she may be safe and looks forward to a happy future with the man she loves, the past catches up with her. What follows is a story filled with action and suspense and a dismal outlook for a happy ending.

I liked the characters and the way many of them rallied to help Grace despite the fact that she meant nothing to most of them. I especially loved the story of her “Good Sam” and the bonds that were formed between such disparate individuals. Although the events in Redeeming Grace are fictional, I have to wonder just how often similar instances take place in the lives of the men who lead our nation and if we really have any idea who really holds those positions.

Redeeming Grace is a novel well worth reading if one can overlook its size. Not only is it an excellent suspense novel but it offers some food for thought and the reminder that God is with us even in our darkest hours.