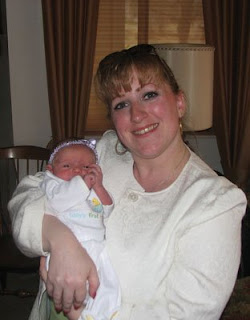 Hi, I’m Amber, but my friends call me Tiff, short for Tiffany, my first name. I am in my 30’s, married the love of my life in July 2007, live in Colorado and just had an incredibly beautiful daughter named Victoria.

I love to travel and visit new places. Ultimately, my dream is to own horses and live in a one-level rancher or log cabin nestled in the foothills of the mountains. For now, I will remain where I am and do what I love—design web sites and write.

I got involved with web design in 1997, when I was asked to take over running the official web site for the television series Dr. Quinn, Medicine Woman. That eventually led to a series of negotiations where I was offered the job of running world-renowned actress Jane Seymour’s official fan site. That has branched into doing web sites for a variety of clients, including: authors J.M. Hochstetler, Trish Perry, Kathy Pride, Louise M. Gouge, Susan Page Davis, and Jill Elizabeth Nelson, actor William Shockley (the voice of AT&T and Toyota) and many others. With the help of a handful of other web site “technos,” Eagle Designs was born! Feel free to visit and see our other clients.

Amber’s very first book, Promises, Promises, released in February 2008. It’s a historical fiction set in Delaware during the Colonial period and the Great Awakening. The other 2 books in the series are Quills And Promises (July 2008) and this one, Deceptive Promises (December 2008). In 2009, they will be repackaged for a state set entitled Liberty’s Promise. She has also sold another series set in historical Michigan during the Industrial Revolution. The 3 books in that series will begin releasing in May 2009 and will be repackaged in 2010.

Is deception fair in wartime Margret Scott must deal with this question as she finds herself attracte to the enigmatic Samuel Lowe. As the tensions grow between the colonists and the British soldiers and loyalists, Margret cannot always tell where Samuel’s loyalties lie.

“If I have walked with vanity, or if my foot hath hasted to deceit; Let me be weighed in an even balance that God may know mine integrity.” -Job 31:5-6

Samuel’s duties have him working for both sides of this war, and he often finds himself torn between what is right and what is wrong. He promises Margret she can trust him, and Margret promises him she does. But can promises born in deception be trusted? Can a relationship built in uncertainty survive?

If you would like to read the first chapter of Deceptive Promises, go HERE.