A Heartbeat Away by S. Dionne Moore

This week, the
Christian Fiction Blog Alliance
is introducing
A Heartbeat Away
Abingdon Press (May 1, 2013)
by
S. Dionne Moore
ABOUT THE AUTHOR: 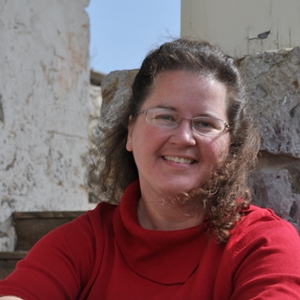 S. Dionne Moore started writing in 2006. Her first book, Murder on the Ol’ Bunions, was contracted for publication by Barbour Publishing in 2008. In 2009 she moved on to writing historical romances as an outlet for her passion for history. In 2010 her second cozy mystery, Polly Dent Loses Grip, was a 2010 Carol Award finalist and she was also named a Barbour Publishing 2010 Favorite New Author. In 2011 her first historical romance, Promise of Tomorrow, was nominated a 2011 Carol Award finalist.

Born and raised in Manassas, Virginia, Moore moved to Greencastle, PA in 1993, then to Mercersburg in 2009. Moore enjoys life in the historically rich Cumberland Valley where traffic jams are a thing of the past and there are only two stoplights in the whole town.

When a band of runaway slaves brings Union-loyal Beth Bumgartner a wounded Confederate soldier named Joe, it is the catalyst that pushes her to defy her pacifist parents and become a nurse during the Battle of Antietam.

Her mother’s mysterious goodbye gift is filled with quilt blocks that bring comfort to Beth during the hard days and lonely nights, but as she sews each block, she realizes there is a hidden message of faith within the pattern that encourages and sustains her. Reunited with Joe, Beth learns his secret and puts the quilt’s message to its greatest test—but can betrayal be forgiven?

If you would like to read the first chapter of A Heartbeat Away, go HERE.

Having read Moore’s cozy mystery, “Murder on the Ol’ Bunions”, I was in for a surprise when I began to read  A Heartbeat Away.  I had expected a lively and humorous story but found myself deep in the midst of the Civil War and there was nothing funny about it. Just goes to show that this author has a multifaceted talent when it comes to writing. I don’t think we will find her stuck in a rut anytime soon.

Some readers might find A Heartbeat Away a bit slow to get into. Although the plot did seem to move very slowly through most of the book, it really set the atmosphere of how it must have been for Beth, her grandmother, and the others as they hunkered down in the cellar day after day listening to the battle going on so close at hand, knowing that more and more of the wounded and dying would be brought to them to tend. The author’s descriptions were so vivid that I could easily imagine being there but pray that I will never have to experience such horror.

A Heartbeat Away is a story of hope and healing set in the midst of one of the worst times of our history. Civil War buffs should be sure to add it to their reading list.