Shades of Mercy by Anita Lustrea and Caryn Rivendara 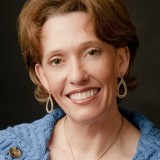 Authentic. That’s the word heard over and over when women describe Anita Lustrea. She is a popular speaker at women’s conferences and retreats, and an amazing communicator as co-host of the award winning Midday Connection radio broadcast. Her deep desire is to communicate freedom to women and help them nurture and care for their soul.

Anita is the co-author of “Come to Our Table: A Midday Connection Cookbook” and “Daily Seeds from Women Who Walk in Faith”, a Devotional for women. Her first solo venture as an author releases in November, 2010, “What Women Tell Me: finding freedom from the secrets we keep.”

Anita and her husband, Mike Murphy, a pastor, along with her teenage son John live in the Chicago suburbs. When she’s not traveling or speaking, you can find her reading and drinking a venti hot tea at her local Starbucks. 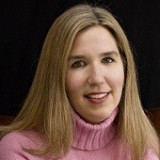 Caryn is a sought-after writer and speaker. She’s the author of four books—Shades of Mercy: A Maine Chronicle (River North, September 2013), Known & Loved: 52 Devotions from the Psalms (Revell, April 2013), Grumble Hallelujah (Tyndale House, September 2011), and Mama’s Got a Fake I.D. (WaterBrook Press, March 2009)–and a regular contributor to Christianity Today’s Her.Meneutics as well as columnist for Re:Frame Media’s ThinkChristian blog. She has written dozens of magazine article. Her work has appeared in such publications as Christianity Today, Relevant, FamilyLife, and Engineering and Mining Journal (you read that right).

Caryn leads workshops and speaks at conferences and church groups across the country. She’s also a regular guest on Moody Radio’s Midday Connection with Anita Lustrea and Melinda Schmidt and has been featured on such radio shows as The John and Kathy Show, Changing Worldviews/WOMANTalk with Sharon Hughes, I Thought She Said with Faith Daly, The Paul Edwards Program with Paul Edwards, and Talk from the Heart with Rich Buhler, among many others. Caryn also appeared on The Harvest Show.

Caryn earned a B.A. in English from Calvin College and attended the University of Chicago’s publishing program. She lives in the western suburbs of Chicago with her husband, Rafael, her three kids, a rescued pit bull terrier, two hermit crabs, and several tank fulls of who-knows-what-kind-of fish. Caryn and her family are members of Elmhurst Christian Reformed Church in Elmhurst, Illinois, where Caryn recently joined the worship staff.
ABOUT THE BOOK:

It’s 1954 and the world-even the far Northwoods of Maine-is about to change. But that change can’t happen soon enough for fourteen-year-old Mercy Millar. Long tired of being the “son” her father never had, Mercy’s ready for the world to embrace her as the young woman she is-as well as embrace the forbidden love she feels.
When childhood playmates grow up and fall in love, the whole community celebrates. But in the case of Mercy and Mick, there would be no celebration. Instead their relationship must stay hidden. Good girls do not date young men from the Maliseet tribe. At least, not in Watsonville, Maine. When racial tensions escalate and Mick is thrown in jail under suspicion of murder, Mercy nearly loses all hope-in love, in her father, and in God himself.

If you would like to read the first chapter of Shades of Mercy, go HERE.

I will admit that I sadly do not know very much about this wide country of ours and very little about Maine. I have traveled very little during my lifetime and only to a few states in my native south and the midwest. Most of my travel has been through the pages of books and I can remember very few that have taken me to Maine. For those reasons, I found Shades of Mercy provided me with quite a few historical and geographical facts of which I have been decidedly unaware. For one thing I did not know that potatoes were such a prime crop. Like many people I thought most potatoes came from Idaho. I was also unaware that the Indian tribes mentioned even existed, especially the Maliseets. As a Southerner, I suppose I did not realize the many forms racism takes in other areas because of the emphasis on black and white differences here.

Besides being very informative, Shades of Mercy had a heart as demonstrated especially through the thoughts and actions of Mercy Millar and her parents. I liked the way they believed that because they had been blessed with plenty that their God given duty was to help others in whatever way they could while maintaining the dignity of those they helped. The characters are both realistic and colorful. Mercy has a wisdom beyond her years yet at the same time is naive in many ways.