This week, the
Christian Fiction Blog Alliance
is introducing
Tempest’s Course
Abingdon Press (December 17, 2013)
by
Lynette Sowell
ABOUT THE AUTHOR: 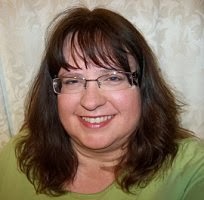 Lynette Sowell is an award-winning novelist. Her most recent novel, Tempest’s Course, is part of the Quilts of Love line from Abingdon Press. When Lynette’s not writing, she divides her time between editing medical reports and chasing down news stories for the Copperas Cove Leader-Press. Lynette was born and raised on the Eastern Shore of Maryland but makes her home in Coppress Cove, Texas, with her husband and a herd of cats who have them well-trained.

Learn more about Lynette and her books on her Blog.
ABOUT THE BOOK:

Kelly Frost, a textiles conservator, is invited to the Massachusetts coastal city of New Bedford to restore a 150-year-old Mariner’s Compass quilt. But there is one stipulation: she must live and work in Gray House, a former whaling captain’s home, where the quilt is stored. There she meets Army veteran Tom Pereira, the caretaker of Gray House, whose heart seems as hard as the rocky Massachusetts coastline. Over the long-lit months as Kelly works to restore the quilt, she and Tom grow closer. And as she reads stories in a daily journal penned by Mary Gray, she learns the secrets of the quilt and Mary’s own sad tale of regret. Then Tom learns secrets of his own family’s past, and both Tom and Kelly learn they are tied to Gray House in ways they never imagined.

If you would like to read the first chapter of Tempest’s Course, go HERE.

Once again, the Abingdon Quilts of Love series features a novel whose plot is woven around a quilt. In “Tempest’s Course” the quilt in question may hold clues to the history of the former residents of the Gray House with possible links to present day New Bedford, Massachusetts. When Kelly Frost accepts a job to restore a badly damaged quilt for Firstborn Holdings , she is surprised to find that she is required to live in the long vacant home of a New England whaling captain. While living there, Kelly discovers the journal penned by the original homeowner’s wife whose tragic story offers some unexpected information about the home and current families in New Bedford. As she works on the quilt, Kelly also gets to know Tom Pereira, the caretaker of Gray House whose gruff exterior hides a wounded but tender heart. Just as they seem to be growing close, details about Kelly’s past threaten to destroy their relationship.

Complete with a sweet romance, mysterious events, and even some terrifying and dangerous moments, “Tempest’s Course” takes the reader on a journey through its pages with several twists and surprises before it reaches its expected satisfying  conclusion. While “Tempest’s Course” is a story about trust in God and the importance of family, reconciliation is also a major theme.

A welcome addition to the series, “Tempest’s Course” is well worth the time and effort to read.