This week, the
Christian Fiction Blog Alliance
is introducing
Rival Hearts
Abingdon Press (June 17, 2014)
by
Tara Randel
ABOUT THE AUTHOR: 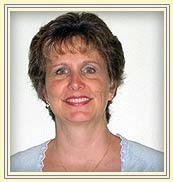 Tara Randel has enjoyed a lifelong love of books, especially romance and mystery genres, so it didn’t come as a surprise when she began writing with the dream of becoming published. After finding Romantic Times magazine in a bookstore many years ago, she found information about writing organizations. Soon after, she joined Romance Writers of America. She located the local RWA chapter and immediately attended her first meeting. There was no stopping her after that!

Through Tampa Area Romance Authors, Tara learned all about the business of publishing, starting with the craft of writing to behind the scenes of publishing. She served as contest coordinator for four years and served as President for one year, enjoying the organization and the lasting friendships made there.

When not writing, Tara owns a business with her husband and stays busy with her two daughters. She lives on the West Coast of Florida, where gorgeous sunsets inspire the creation of heartwarming stories, filled with love, laughter and the occasional mystery. Enjoy!

Molly Henderson and Ben Weaver have been rival magazine writers for the same publishing group for years. When both come up for the same promotion, they find themselves in an unexpected competition to win the spot. Molly, editor of Quilter’s Heart, and Ben, editor of Outdoor Adventures, must switch roles, each working for the other for one month, then submit an article at the end of their quests.

Can girly-girl Molly survive the outdoor adventures that Ben has planned? Can Ben navigate the perils of the social dynamics of quilting events without destroying a valuable quilt in one short month? More importantly, in this he-said, she-said situation, will Molly and Ben give in to their attraction and fall in love, no matter who wins?

If you would like to read the first chapter of Rival Hearts, go HERE.

Rival Hearts was a light-hearted contemporary story in which two co-workers are forced to compete to win a coveted promotion. The catch is that each must succeed at something the other excels in which presents a bit of a challenge. Molly is a talented quilter but has never been outdoorsy or athletic because of her childhood allergies. On the other hand Ben is an outdoorsman/sportsman extraordinaire. As one might imagine, things get quite entertaining as Molly attempts to learn to kayak and Ben tries his hand at a quilt.

A fun and often humorous tale, Rival Hearts held my attention throughout. The characters were well-rounded and the plot revealed a few surprises as it progressed. This novel is just the right thing for a lazy summer day when you want a book that doesn’t make you think too hard. I enjoyed Rival Hearts and would read another book by this author.