Thief of Glory by Sigmund Brouwer

This week, the
Christian Fiction Blog Alliance
is introducing
Thief of Glory
WaterBrook Press (August 19, 2014)
by
Sigmund Brouwer
ABOUT THE AUTHOR: 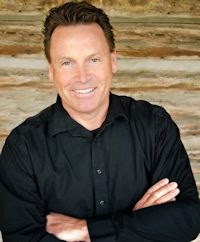 Sigmund Brouwer is the best-selling author of nearly thirty novels, with close to 4 million books in print. Based on his inspiration for Thief of Glory, which Sigmund wrote as a way to learn and honor the his parent’s stories, especially of his father’s boyhood in a Japanese concentration camp, Sigmund leads The Chapters of Our Lives memoir seminars across the United States and Canada. Sigmund is married to recording artist Cindy Morgan and has two daughters.

Learn more about Sigmund and his books on his Website . 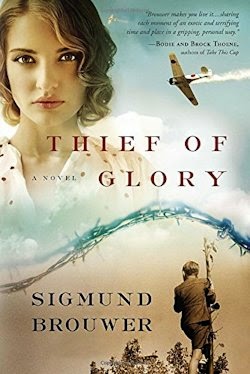 A boy coming of age in a time of war…

the love that inspires him to survive.

For ten year-old Jeremiah Prins, the life of privilege as the son of a school headmaster in the Dutch East Indies comes crashing to a halt in 1942 after the Japanese Imperialist invasion of the Southeast Pacific. Jeremiah takes on the responsibility of caring for his younger siblings when his father and older stepbrothers are separated from the rest of the family, and he is surprised by what life in the camp reveals about a woman he barely knows—his frail, troubled mother.

Amidst starvation, brutality, sacrifice and generosity, Jeremiah draws on all of his courage and cunning to fill in the gap for his mother. Life in the camps is made more tolerable as Jeremiah’s boyhood infatuation with his close friend Laura deepens into a friendship from which they both draw strength.

When the darkest sides of humanity threaten to overwhelm Jeremiah and Laura, they reach for God’s light and grace, shining through his people. Time and war will test their fortitude and the only thing that will bring them safely to the other side is the most enduring bond of all.

If you would like to read the first chapter of Thief of Glory, go HERE.