This week, the
Christian Fiction Blog Alliance
is introducing
Masterpiece Marriage
Abingdon Press (December 16, 2014)
by
Gina Welborn
ABOUT THE AUTHOR: 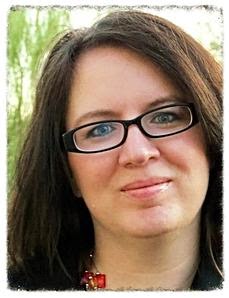 After Gina Welborn earned a Communications degee from an Oklahoma university, she thought the perfect career choice was working at a news radio station writing commercial copy, public service announcements, and news reports. A PSA writer, sadly, can only be so creative when describing ketchup and Geronimo’s grave. (No, she never combined those two elements in the same script, but now that she thinks about it, she wishes … ) Thus Gina “retired” to focus on goal, motivation, and conflict within her family before discovering her niche in writing romances. A member of RWA and ACFW, Gina has four published novellas, including one in the ECPA-bestselling Mistletoe Memories, and three short historical romances: The Heiress’s Courtship, The Marshal’s Pursuit, and Masterpiece Marriage. A moderately obsessive fan of Community, Once Upon a Time, and Chopped, Gina lives in Oklahoma with her pastor husband, their five Okie-Hokie children, a box-lab, two rabbits, four guinea pigs, and a fancy Russian dwarf hamster named Tom Bob Deucalion. Gina is represented by the Steve Laube Agency.
ABOUT THE BOOK:

After a flood damages the looms at Zenus Dane’s Philadelphia textile mill and the bank demands loan payment, Zenus turns to his aunt for help repurposing his textiles. Trouble is . . . his aunt has already been hired by the lovely yet secretive Englishwoman Mary Varrs. Eager to acquire his aunt’s quilt patterns, Zenus attends the summer Quilting Bee, a social event his aunt has uniquely designed with the secret purpose of finding Zenus a wife. However Zenus only has eyes for Mary, but Mary has no such desire for him. Though his aunt is determined to design a masterpiece marriage, both Zenus and Mary will have to overcome their stubborn ways. Can he realize that love requires stepping out of his routine? And will she recognize that following her heart doesn’t mean sacrificing her ambition?

If you would like to read the first chapter of Masterpiece Marriage, go HERE.

Masterpiece Marriage is a delightful historical romance between two perfectly mismatched individuals. Although Zenus would love to have a wife and family, he has never found a woman he can tolerate who also fits his idea for the perfect wife. When he meets Mary Varrs, he is instantly drawn to her but a more inappropriate woman for him could not exist. Mary’s determination to achieve the scientific success she believes will prove her worth would leave her no time to care for his home and children. On the other hand, Mary finds Zenus a bit pompous for her own taste when they first meet. Could their differences combine to create a masterpiece?

I thoroughly enjoyed Masterpiece Marriage and all its intricacies. I loved some of the humorous situations Mary found herself in as she attempted to learn to quilt. For some reason I had a problem with Zenus’ name – I kept reading it as Zeus. That was a new one for me! Other than that tiny point, I found everything else to be exemplary. The wealth of historical facts, interaction between characters, the humor, and the romance was all first rate.

For those who have enjoyed other Quilts of Love novels, Masterpiece Marriage is a don’t miss book. For those unfamiliar with the series, this would be a good place to start.