Seek and Hide by Amanda Stevens 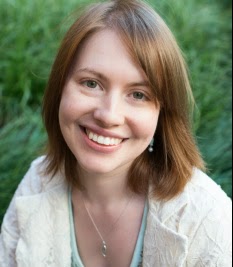 As a child, Amanda G. Stevens disparaged Mary Poppins and Stuart Little because they could never happen. Now, she writes speculative fiction. She holds a Bachelor of Science degree in English and has taught literature and composition to home-school students. She lives in Michigan and loves books, film, music, and white cheddar popcorn. Amanda’s first novel, Seek and Hide, will be available September 15, 2014 from David C Cook.

Learn more about Amanda and her books on her Website. 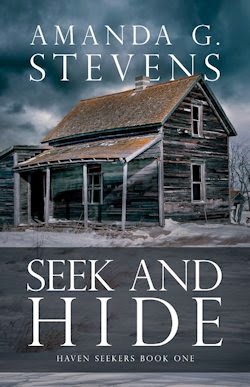 Six years ago, the government took control of the church. Only re-translated Bibles are legal, and a specialized agency called the Constabulary enforces this and other regulations. Marcus Brenner, a new Christian, will do anything to protect his church family from imprisonment–including risk his own freedom to gain the trust of a government agent. Aubrey Weston recanted her faith when the Constabulary threatened her baby. Now released, she just wants to provide for her son and avoid government notice. But she’s targeted again, and this time, her baby is taken into custody. If only she’d never denied Him, maybe God would hear her pleas for help. When Aubrey and Marcus’s lives collide, they are forced to confront the lies they believe about themselves. And God is about to grab hold of Marcus’s life in a way he’d never expect, turning a loner into a leader.

If you’d like to read the first chapter of Seek and Hide, go HERE.

Although Seek and Hide is obviously fiction, it is a story that could very easily predict our future if we allow American society to progress is the direction it is so rapidly going. This novel depicts a United States that allows only a government sanctioned Christianity with a stripped down “official” version of the Bible. It is illegal to possess a true Bible and the Constabulary is determined to see everyone found with one put behind bars for reprogramming.

Several primary characters are featured in Seek and Hide with Marcus Brenner most prominent. Both Marcus and Aubrey Weston wrestle with strong feelings of guilt that influences everything they do and how they react to their circumstances. Lee is still haunted by an event from her past that has left her emotionally unable to trust others, especially men. Each of these well-defined characters plays a pivotal role in the novel and it was easy to become involved in their story.

Seek and Hide is a somewhat dystopian story that forecasts a potentially real nightmare life in the near future. With plenty of drama, danger, and soul-searching, the story contains unexpected  twists and surprises that should hold the reader’s interest until the end. I liked how spiritual truth was woven through the story and the way Marcus and Aubrey were able to let go of their guilt and allow God to guide their way. The book reached a somewhat satisfying conclusion but some threads were left hanging – obviously to be continued in the next installment of the series.