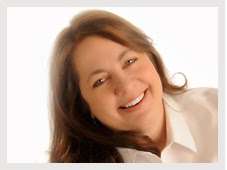 After earning her first rejection at the age of thirteen, bestselling author Sandra Byrd has now published more than forty books. Her adult fiction debut, Let Them Eat Cake, was a Christy Award finalist, as was her first historical novel, To Die For: A Novel of Anne Boleyn. To Die For was also named by Library Journal as a Best Books Pick for 2011 and The Secret Keeper: A Novel of Kateryn Parr, was named a Library Journal Best Books Pick for 2012. The Tudor series’ end cap, Roses Have Thorns: A Novel of Elizabeth I published in April, 2013.

Sandra has also published dozens of books for tweens and teens, and is passionate about helping new authors develop their talent and their work toward traditional or independent publication. As such, she has mentored and coached hundreds of new writers and continues to coach dozens to success each year. 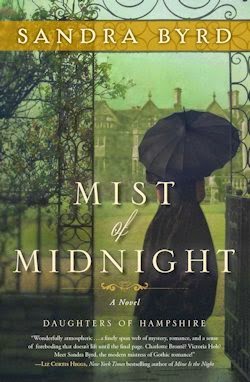 In the first of a brand-new series set in Victorian England, a young woman returns home from India after the death of her family to discover her identity and inheritance are challenged by the man who holds her future in his hands.

Rebecca Ravenshaw, daughter of missionaries, spent most of her life in India. Following the death of her family in the Indian Mutiny, Rebecca returns to claim her family estate in Hampshire, England. Upon her return, people are surprised to see her…and highly suspicious. Less than a year earlier, an imposter had arrived with an Indian servant and assumed not only Rebecca’s name, but her home and incomes.

That pretender died within months of her arrival; the servant fled to London as the young woman was hastily buried at midnight. The locals believe that perhaps she, Rebecca, is the real imposter. Her home and her father’s investments reverted to a distant relative, the darkly charming Captain Luke Whitfield, who quickly took over. Against her best intentions, Rebecca begins to fall in love with Luke, but she is forced to question his motives—does he love her or does he just want Headbourne House? If Luke is simply after the property, as everyone suspects, will she suffer a similar fate as the first “Rebecca”?

If you would like to read the first chapter of Mist of Midnight, go HERE.

Recently I have had the pleasure of reading several Christian novels with the Gothic romance style I loved so much when I was younger and before I discovered Christian fiction. In my opinion this genre has been rather sparse in Christian fiction until just lately and I am so happy to once again indulge in a bit of deliciously dark reading with no fear of encountering offensive material. “Mist of Midnight” fits perfectly into that category and in my opinion Sandra Byrd has nailed it.

What could be worse than returning home from the mission field of India, alone in the world after barely escaping with your life and witnessing unspeakable horrors? What if you found that home was no longer your home because an imposter had taken your place before dying and leaving everyone to believe that you are actually the imposter? That is the position Rebecca Ravenshaw found herself in and her prospects did not look at all promising. Fortunately her distant relative, Captain Luke Whitfield who had inherited everything, took pity on her and allowed her to live at Headbourne House until pertinent questions were resolved to his satisfaction.

The plot moved along at the perfect pace for a novel of this type with an appropriately dark and brooding atmosphere. Mysterious and dangerous events as well ambiguous characters who were difficult to pin down kept me invested in the story until its end. Quite a few surprises were in store along the way but I was happy with its conclusion. I particularly liked how the author adeptly wove an uncompromised message of faith into the narrative without having it overwhelm the story.

I enjoyed “Mist of Midnight” very much and look forward to “Bride of Poseidon” and “Angels of Light”, future installments of the Daughters of Hampshire series. They cannot be published soon enough for me!