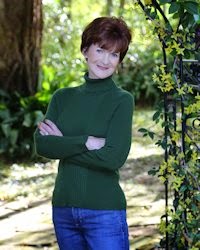 DiAnn Mills is a bestselling author who believes her readers should expect an adventure. She combines unforgettable characters with unpredictable plots to create action-packed, suspense-filled novels. Her titles have appeared on the CBA and ECPA bestseller lists; won two Christy Awards; and been finalists for the RITA, Daphne Du Maurier, Inspirational Readers’ Choice, and Carol award contests. Library Journal presented her with a Best Books 2014: Genre Fiction award in the Christian Fiction category for Firewall.

DiAnn is a founding board member of the American Christian Fiction Writers; the 2015 president of the Romance Writers of America’s Faith, Hope, & Love chapter; a member of Advanced Writers and Speakers Association, and International Thriller Writers. She speaks to various groups and teaches writing workshops around the country. She and her husband live in sunny Houston, Texas. DiAnn is very active online and would love to connect with readers on any of the social media platforms listed at her website. 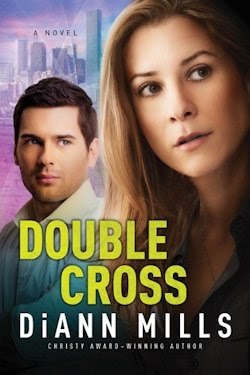 FBI Agent Laurel Evertson’s investigation into a scam targeting the elderly takes an unexpected twist when key evidence leads her to Morton Wilmington, a felon she arrested five years ago on her first undercover assignment. That case has haunted her since, and though she’s vowed to forget Wilmington—and what she sacrificed to put him away—he is now her best lead. Houston Police Officer Daniel Hilton fears his grandparents may be the scammer’s next targets, and he’ll do anything to protect his family—even force interagency cooperation. But he’s quickly drawn to Laurel’s empathy and zeal and agrees to follow her lead . . . even if it means teaming up with a felon. As the unlikely trio uncovers evidence suggesting the scam is more extensive and deadly than they imagined, both Laurel and Daniel find themselves in the crosshairs of a killer. Together they must decide if they can trust Wilmington’s claims of redemption, or if he’s leading them straight into a double cross.

If you would like to read the first chapter of Double Cross, go HERE.

“Double Cross” is an apt title for the newest romantic suspense from DiAnn Mills. When the man FBI agent Laurel Evertson sent to prison agrees to help solve a current case, she is afraid to trust him. Both she and the Houston Police Officer helping with the case are just a bit wary that they could be victims of a double cross. As the story progresses, it becomes difficult to determine just who is double crossing whom.

Plenty of action, danger, faith, and romance fill out the plot of this exciting novel with realistic characters and setting. The lengths the scammers were willing to go and the way they targeted elderly victims suffering from dementia could easily be found in tomorrow’s front page news. In addition to primary characters Laurel and Daniel, I found Daniel’s grandmother Abby to be a major competitor for center of attention. What a brave and spunky woman who was not willing to give up easily.

I thoroughly enjoyed “Double Cross” and highly recommend it as well as any other novel by DiAnn Mills.