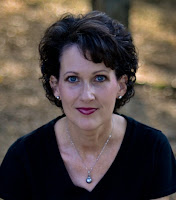 An avid reader and blogger, Varina Denman enjoys writing fiction about Christian women and the unique struggles they face. She seems to have a knack for describing small town life, and is currently working on the three-book Mended Heart Series. The first book in the series, Jaded, won the 2013 ACFW Genesis contest for romance.

Varina attended three Texas universities over a span of five years, majoring in four subjects and earning zero degrees. However, she can now boast sixteen years as a home educator, volunteering in the local cooperative where she has taught numerous subjects including creative writing and literature.

Even though Varina has spoken at ladies’ retreats and taught women’s Bible classes, she finds the greatest fulfillment facilitating prayer groups. She lives in Burleson, Texas, where she helps with Family Ministry in her home congregation. Varina is a member of American Christian Fiction Writers and North Texas Christian Writers. 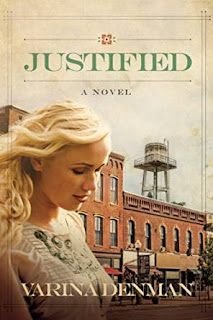 In a small Texas town ruled by gossip, Fawn Blaylock believes others are justified in condemning her untimely pregnancy. Stifled by guilt, she yearns for grace while the local football coach treats her with gentle respect.

If you would like to read the first chapter of Justified, go HERE.

Justified is the second book in Denman’s Mended Hearts Series. The story seems to overlap the one that began in the first novel Jaded, and contains most of the characters introduced there. Fawn Blaylock is the featured character in Justified so readers will learn more about her story as well as those of Tyler, JohnScott, and Clyde. An added bonus is catching up with what is going on with Ruthie, Dodd, Grant, and several others.

When I read Jaded, I was not particularly impressed with Fawn’s character. In fact, she seemed to be one of those stuck-up, rich mean girls who are not very pleasant to be around. As I got deeper into this novel, it was easier to see the real person inside who was insecure and always seeking to gain her father’s approval. And who would ever have guessed that the popular head football coach JohnScott had his own lack of confidence, especially when it came to women? It’s also humorous to me that I didn’t like Ruthie nearly as well from Fawn’s point of view.

Justified is a novel laced with drama, romance, and family secrets. I found myself a bit aggravated with certain characters at times but I feel that it is an indication of a well-written book when I can get that involved with the characters. This novel deals with some hard topics such as abusive relationships and out-of-wedlock pregnancy but the situations are handled well. I liked how the author didn’t take the easy way out at the end by letting a particular character die but used the event to pave the way toward forgiveness and redemption.