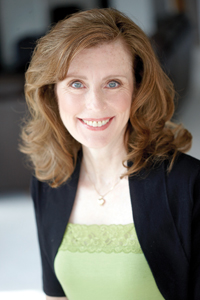 Irene Hannon is a bestselling, award-winning author who took the publishing world by storm at the tender age of 10 with a sparkling piece of fiction that received national attention.

Okay…maybe that’s a slight exaggeration. But she was one of the honorees in a complete-the-story contest conducted by a national children’s magazine. And she likes to think of that as her “official” fiction-writing debut!

Since then, she has written more than 45 romantic suspense and contemporary romance/women’s fiction novels. She is a seven-time finalist and three-time winner of the RITA award—the “Oscar” of romantic fiction—and a member of Romance Writers of America Hall of Fame. Her books have also won a Daphne du Maurier award, a Carol award, three HOLT Medallions, a National Readers’ Choice award, a Retailers Choice award, two Booksellers’ Best awards and two Reviewers’ Choice awards from RT Book Reviews magazine. One of her novels was also named by Booklist as a top 10 inspirational fiction books of 2011. In addition, she is a two-time Christy award finalist.

Irene, who holds a B.A. in psychology and an M.A. in journalism, juggled two careers for many years until she gave up her executive corporate communications position with a Fortune 500 company to write full. She is happy to say she has no regrets!

In her spare time, she enjoys cooking, gardening and singing. A trained vocalist, she has sung the leading role in numerous musicals, including “South Pacific,” “Brigadoon,” “Oklahoma” “The King and I” and “Anything Goes.” She is also a soloist at her church.

When not otherwise occupied, Irene and her husband enjoy traveling, Saturday mornings at their favorite coffee shop and spending time with family. They make their home in Missouri. 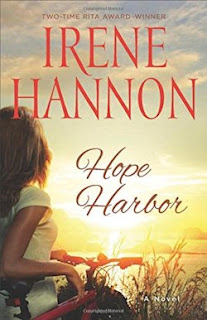 Tracy Campbell never wanted to leave Hope Harbor, Oregon, or the idyllic three-generation cranberry farm where she grew up. But life–and love–altered her plans. When tragedy strikes and changes her plans yet again, she finds herself back in her hometown with a floundering farm to run and a heartbreaking secret. Romance is not on her agenda. Nor is it on Michael Hunter’s. The visitor from Chicago has daunting secrets of his own. But when Tracy recruits him to help save a struggling charitable organization, the winds of change begin to sweep through Hope Harbor, bringing healing, hope, and love to countless lives–including their own.

If you would like to read the first chapter of Hope Harbor, go HERE.

“Hope Harbor” is an engaging inspirational romance about second chances in both faith and love. A stranger’s visit to Hope Harbor in an attempt to overcome his grief and guilt after his wife’s death results in some probably not so coincidental encounters that affect the lives of many in a positive way. It is a story of healed emotions and restored relationships as well as renewed faith in God.

I really enjoyed visiting the Oregon coastal town of Hope Harbor and getting to know some of its inhabitants. The love interests Michael and Tracy were well developed but other characters filled major roles. I particularly enjoyed Anna and Charley and Floyd the seagull added a nice touch of humor. I also found the details about cranberry farming to be quite interesting.

I always enjoy Irene Hannon’s novels – whether it is a romantic suspense or a contemporary romance. “Hope Harbor” did not disappoint.