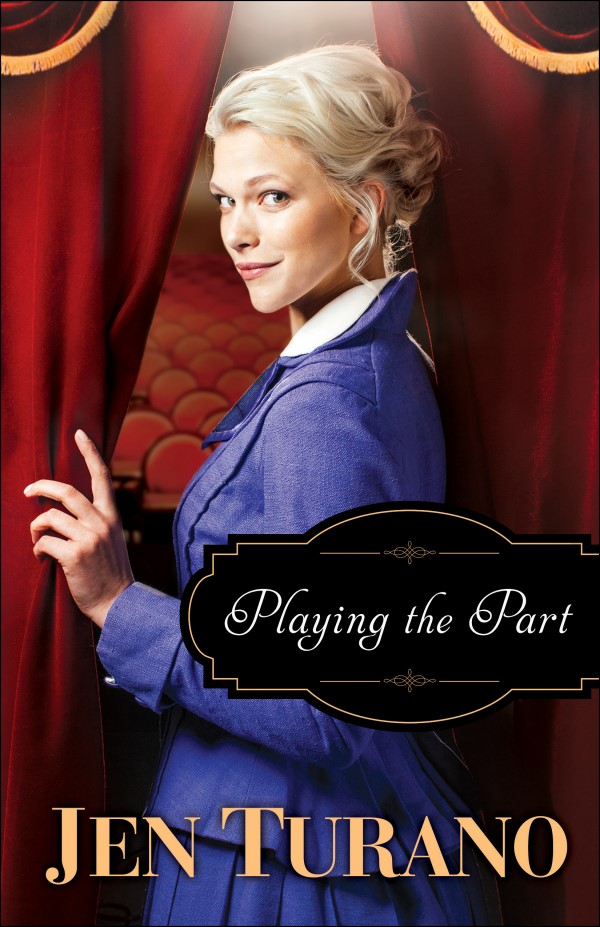 I always look forward to reading Jen Turano’s latest book and was thrilled to have a chance to review “Playing the Part”. I just hope I can do this wonderful book justice!

The third book in Turano’s A Class of Their Own series, “Playing the Part” features popular actress Lucetta Plum who finds herself forced to flee New York because of a man determined to make her his own – with or without marriage vows. Disguised and under cover of night, Lucetta and her dear friend Abigail Hart travel to the estate of Abigail’s grandson Bram. That my friend is where the adventure and hilarity really begins!

As Turano’s true fans know from the previous books in this series, Lucetta is just a bit eccentric. Well she has met her match in Bram who has to be at least equally unconventional. From his gothic and somewhat spooky mansion to strange and unexplained happenings within its walls and grounds, Lucetta is uncertain what to think about Bram. Honestly, the man is just too secretive to trust. There is absolutely no way she can fall for Abigail’s matchmaking efforts!

I loved the characters of Lucetta and Bram and it was fun to touch base with characters from the previous books in this series. I also loved the somewhat dark and mysterious story combined with frequent humorous scenes. Jen is uniquely talented in the way she manages to insert humor into a perfectly serious scene and makes it perfectly natural. Dialogue was often witty and I laughed often. Then of course there was the romance. It sometimes took a few detours along the way but the ending was perfectly satisfying.

Once again, I have to say that “Playing the Part” may be my favorite book by Jen yet! Of course I say that every time but my only explanation is that each one gets better and better. If you are not familiar with Jen Turano’s books, you have missed something special. Do yourself a favor and pick up “Playing the Part” or any of her other novels asap.

This book was provided for review by LitFuse Publicity.

Can they accept who they are behind the parts they play in time to save the day?

Lucetta Plum is an actress on the rise in New York City, but is forced to abandon her starring role when a fan’s interest turns threatening. Lucetta’s widowed friend, Abigail Hart, is delighted at the opportunity to meddle in Lucetta’s life and promptly whisks her away to her grandson’s estate to hide out.

Bram Haverstein may appear to simply be a somewhat eccentric gentleman of means, but a mysterious career and a secret fascination with a certain actress mean there’s much more to him than society knows.

Lucetta, who has no interest in Abigail’s matchmaking machinations, has the best intentions of remaining cordial but coolly distant to Bram. But when she can’t ignore the strange and mysterious things going on in his house, it’ll take more than good intentions to keep her from trying to discover who Bram is behind the part he plays.

Learn more and purchase a copy.

Read an excerpt from “Playing the Part”.

Jen Turano, author of the Ladies of Distinction series and the A Class of Their Own series, is a graduate of the University of Akron. She is a member of ACFW and lives in a suburb of Denver, Colorado.

Find out more about Jen at http://jenturano.com. 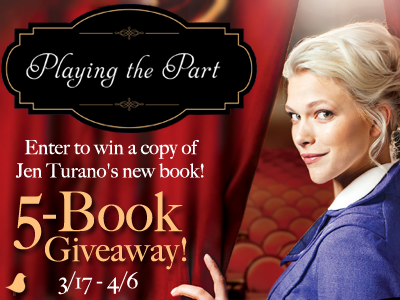