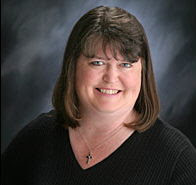 Mary’s writing journey is similar to a lot of others. Boil it down to persistence, oh, go ahead and call it stubbornness. She just kept typing away. She thinks the reason she did it was because she was more or less a dunce around people—prone to sit silently when she really ought to speak up (or far worse, speak up when she ought to sit silently).

So, Mary had all these things, she wanted to say, in her head; the perfect zinger to the rude cashier, which you think of an hour after you’ve left the store, the perfect bit of wisdom when someone needs help, which doesn’t occur to you until they solve their problems themselves, the perfect guilt trip for the kids, which you don’t say because you’re not an idiot. She keep all this wit to herself, much to the relief of all who know her, and then wrote all her great ideas into books. It’s therapeutic if nothing else, and more affordable than a psychiatrist.

So then a very nice, oh so nice publishing company like Barbour Heartsong comes along and says, “Hey, we’ll pay you money for this 45,000 word therapy session.” That’s as sweet as it gets.

Mary’s journey to publication is the same as everyone’s except for a few geniuses out there who make it hard for all of us. And even they probably have an Ode to Roast Beef or two in their past.

Mary has signed an exclusive contract with Barbour that will have her writing eighteen (18) books for them over the next four years! This book is the first in the Montana Marriage Series. The second book will be the Husband Tree, and the third will be Wildflower Bride 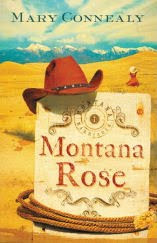 Fire up your love of romance with Montana Rose.

When surrounded by a mob of ill-bred, foul-smelling, women-hungry men, the newly widowed and seemingly spoiled Cassie “China Doll” Griffin has no choice. Marrying handyman Red Dawson seems the only alternative to Cassie’s being hitched to a brutal rancher. But can this “China doll” bear exchanging smooth silk for coarse calico? Red was reluctant to be yoked to an unbeliever, but sometimes a man has no choice. Will Red change Cassie’s heart by changing her name? Wade Sawyer is obsessed with saving Cassie from a marriage of convenience. How far will he go make her his own?

If you would like to read the first chapter of Montana Rose, go HERE

I have never been disappointed by any book written by Mary Connealy and Montana Rose is no exception. A rollicking, fun-filled story of the old west tempered with serious real life situations and deep spiritual truth, Montana Rose touches on such issues as physical and emotional abuse, pregnancy, violence, courage, faith and trust. Mary has so skillfully developed her characters that they come alive on the pages. Their pain is your pain and you laugh with them, cry with them, and rejoice in their triumphs.

One important theme of Montana Rose is about being careful not to judge by appearances. In particular, Cassie was thought to be a stuck up, spoiled woman who expected only the best at any cost. Once the townspeople got to know her, they found that they had severely misjudged her. The issue of abuse is also deftly handled throughout the book with examples of the deep emotional scars and character flaws that can be the end result.

However, Montana Rose is above all a romance and as in most romantic novels, you can expect a happy ending. There are some surprises along the way. One situation in particular has an entirely different outcome than might have been expected and in my opinion that was a definite plus. Another solution could have been justified but Mary didn’t take the easy way out. Mary, I like the way you think!

I would definitely recommend Montana Rose to anyone who enjoys a good romance, especially those set in the old west. If you have yet to try any of Mary Connealy’s books, Montana Rose would be a good place to start. I pretty much guarantee that once you have read one, it won’t be your last.