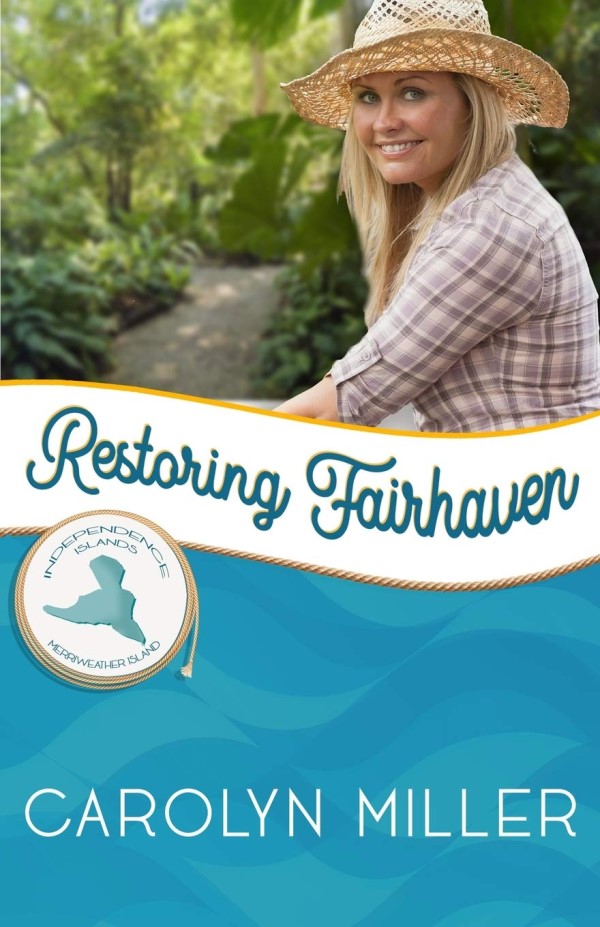 On our last visit to Merriweather Island, readers spend some time with Samantha Green who has returned to the island to run her father’s landscaping company while he recover from serious health issues. Hoping to make her father proud of her Samantha accepts a huge landscaping makeover job for the neglected estate of famous author Max Fairhaven who has become quite reclusive and who hopes all the outside activity will not interfere with his writing. Who would ever expect the sparks to fly with the casual landscaper with dirt under her fingernails and the oh-so-proper Englishman?

Restoring Fairhaven was entertaining up to the very last page. I thoroughly enjoyed the often clever and witty conversations between Max and Sam and loved witnessing their growing friendship and attraction. It was fun to see Max gradually come out of his shell under Sam’s influence and in turn seeing how Sam was able to become more trusting due to Max’s acceptance. A beautiful setting, real life situations and problems, and evidence of an unseen Hand working in their lives makes this novel a delightful read.

I voluntarily reviewed a copy of this book provided by Celebrate Lit. A favorable review was not required. All views expressed are my own.

Love hurts, or so the songs say, so who wants it?

Taking on her ailing father’s gardening business on Merriweather Island, Samantha Green only wants to escape her ex and to make her father proud.

But Sam gets more than she bargained for when Greener Gardens accepts the job of restoring the gardens of a reclusive writer, Max Fairhaven, whose historical novels about romance and unrequited love litter bookstore shelves and movie marquees all over the world.

Max much prefers the fictional world to the real, and the gardening girl’s interruptions means he’s driven from his writing cave far too often for his liking.

How’s he supposed to craft stories with her distracting him all the time?

Things change when he learns something of Sam’s family challenges, and his admiration slowly kindles. With his secretary’s goading, he’s forced to confront the past, while facing the fact that he needs to change in order to avoid a lonely future.

Gentle pruning and a whole lot of banter forges a friendship between this not-so-Southern belle landscaper and the half-British author. But is their budding attraction enough to grow into a flourishing happily-ever-after?

Restoring Fairhaven is the final “Merriweather book,” but don’t forget to embark on a tour of the next island in this series featuring five islands, six authors, and a boatload of happily-ever-afters. 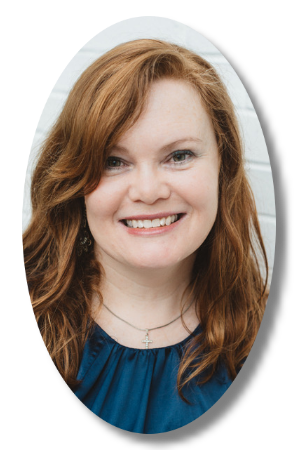 Carolyn Miller lives in the beautiful Southern Highlands of New South Wales, Australia, with her husband and four children. Together with her husband she has pastored a church for ten years, and worked as a public high school English and Learning and Support teacher.
A longtime lover of romance, especially that of Jane Austen and Georgette Heyer’s Regency era, Carolyn holds a BA in English Literature, and loves drawing readers into fictional worlds that show the truth of God’s grace in our lives. Her Regency novels include The Elusive Miss Ellison, The Captivating Lady Charlotte, The Dishonorable Miss DeLancey, Winning Miss Winthrop, Miss Serena’s Secret, The Making of Mrs. Hale, A Hero for Miss Hatherleigh, Underestimating Miss Cecilia, and Misleading Miss Verity, all available from Amazon, Barnes & Noble, Book Depository, Koorong, etc Her contemporary novels include Restoring Fairhaven and Regaining Mercy, as part of the Independence Islands series.
MORE FROM CAROLYN:

I’m a long time lover of gardens, plants, flowers and trees! I’m married to a horticulturalist, who once upon a time worked at Lyme Park, the site of Mr. Darcy’s magnificent Pemberley from the 1995 production of Pride and Prejudice, and who has also worked at Kew Gardens in England.

I love to post pictures of flowers and trees on Instagram (https://www.instagram.com/carolynmillerauthor/)  and have included pictures of some of these places at my website (www.carolynmillerauthor.com) I have incorporated some of the gardens and plants in a number of my historical novels, including the gorgeous gardens at a castle in Scotland where I set Misleading Miss Verity.

I’m so excited to be introducing readers to my new contemporary books, where I can bring some of my love of gardens (& my hubby’s expertise!) to a new audience. Restoring Fairhaven sees readers introduced to a range of gardening experts who together will bring the gardens of the Independence Islands back to life.

If you’re someone who has enjoyed The Secret Garden, or Becky Wade’s My Stubborn Heart, you’ll be sure to enjoy this story of a reclusive writer and the gardening guru sent to restore his gardens – and his heart.

Because I said so — and other adventures in Parenting, January 22

For Him and My Family, January 25

She Lives To Read, January 27 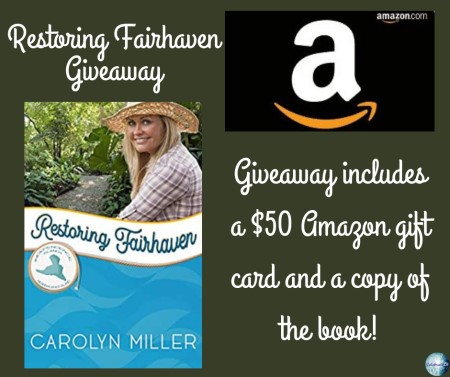 To celebrate her tour, Carolyn is giving away the grand prize package of a $50 Amazon prize and a paperback copy of the book!!

Be sure to comment on the blog stops for nine extra entries into the giveaway! Click the link below to enter.