Cowgirl at Heart by Christine Lynxwiler 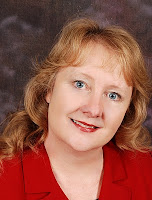 Best-selling author Christine Lynxwiler lives with her husband and two precious daughters in the foothills of the beautiful Ozark Mountains. Christine has been writing toward publication since 1997. She sold her first story in 2001 to Barbour Publishing. Since then she’s written and sold fourteen Christian romance novels and novellas including the four novels that were included in the best-selling book Arkansas, which has sold over 150,000 copies worldwide. Her novel, Forever Christmas, ranked number 12 on the Christian Bookseller’s Association Bestseller List in January, 2009.

A four-time winner of the prestigious American Christian Romance Writers/American Christian Fiction Writers’ Book of the Year Award, Christine recently signed a new six-book contract with Barbour Publishing bringing her total of contracted books to twenty. Besides, Along Came a Cowboy, her latest novels include Promise Me Always and Forever Christmas. She also writes mysteries with two of her sisters, Sandy Gaskin and Jan Reynolds. Their book, Alibis in Arkansas, is currently available nationwide, as well as in many bookstores. The first book in Christine’s new McCord Sisters series, The Reluctant Cowgirl released in April, 2009 and was a TOP PICK in Romantic Times Magazine.

When Christine isn’t at her computer, you’ll often find her, with her husband, co-coaching their daughters’ softball team, kayaking down beautiful Spring River with her family, or getting together with friends from church. 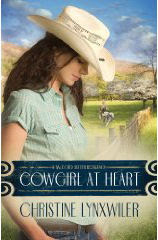 Elyse McCord always plays it safe – a fact she blames on being the biological daughter of a modern-day Bonnie and Clyde. Even in the security of her adoptive family the McCords, the timid dog whisperer keeps her guard up with strangers. But when she discovers a dog being horribly mistreated, shy Elyse transforms into a mighty warrior and charges into a perilous situation, not only risking her life but also her heart.

Reporter Andrew Stone has been fearless since the day his wife was shot and killed three years ago. He has one mission – use his Texas Ranger upbringing to find her murderer and clear his own name of any involvement. When he sees a beautiful brunette in the hands of a pistol-welding maniac, he’s forced to abandon his covert surveillance and go to the rescue. The danger surrounding Andrew doesn’t scare him at all, but the awakening of his dormant heart terrifies him.

When painful pasts collide, the explosion is deafening. Can Andrew and Elyse pick up the pieces and go forward together? Or will they forever live with haunting memories, unable to forgive, unable to love?

If you would like to read the first chapter of Cowgirl at Heart , go HERE.

Learn more about Christine and her books on her Website.

The third installment of the McCord Sisters series, Cowgirl at Heart is a fast paced story filled with family, conflict, misunderstandings, action, suspense, humor, romance, and reconciliation. Cowgirl at Heart focuses on Elyse who loves dogs but is afraid of almost everything else. Her timidity has prevented her from fully participating in life until the day she finds herself looking down the barrel of a gun while trying to rescue an abused dog. Andrew Stone has a few unresolved issues of his own but after a dramatic first encounter with Elyse, he becomes her self-proclaimed protector. As their friendship progresses, Andrew’s encouragement helps Elyse to overcome some of her hangups. But will their growing attraction be enough to conquer the obstacles between them?

Familiar characters from the first two books in this series add interest to the narrative. Interaction between family members is realistic and touching. The theme of forgiveness and reconciliation is handled well without being overbearing. Cowgirl at Heart is definitely on my recommended book list.