On the Road Home by Terry Burns 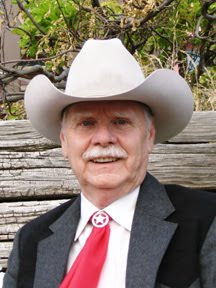 Terry has over 30 books in print, including work in a dozen short story collections and four non-fiction books plus numerous articles and short stories.

His last book Beyond the Smoke is a 2009 winner of the Will Rogers Medallion for best youth fiction and a nominee for the Spur Award from the Western Writers of America. He has a three book Mysterious Ways series out from David C Cook, and Trails of the Dime Novel from Echelon Press.

A graduate of West Texas State he did post graduate work at Southern Methodist University. Terry plans to continue writing inspirational fiction as well as working as an agent for Hartline Literary Agency. Terry is a native Texan Living in Amarillo, Texas with his lovely wife Saundra. 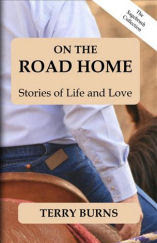 In our sound-byte society, short stories and poems will always have a place, especially when they’ve been penned by the likes of Terry Burns. This, the first of four in The Sagebrush Collection, is a compilation of fictional, autobiographical, and fiction-based-on-fact shorts and poems.

Through fluent cowboy-speak, author Terry Burns shares his heart with these sometimes somber, often humorous, always engaging glimpses of life. From short stories about time machines and troubled marriages to poems of roses and hauntingly cold winds, you’ll find much to savor on the pages within.

A born storyteller, Burns style is natural, conversational, and above all real. He’s a fifth generation Irish tale-weaver and a fourth generation Texas Teller of Tall Tales. Storytelling comes as natural to him as breathing.

Come along with Terry as he journeys “On the Road Home”. You’ll be glad you did.

If you would like to read the first chapter of On The Road Home, go HERE.