The Silent Order by Melanie Dobson 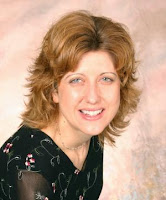 Melanie Dobson is the award-winning author of The Black Cloister; Love Finds You in Liberty, Indiana; and Together for Good.

Prior to launching Dobson Media Group in 1999, Melanie was the corporate publicity manager at Focus on the Family where she was responsible for the publicity of events, products, films, and TV specials. Melanie received her undergraduate degree in journalism from Liberty University and her master’s degree in communication from Regent University. She has worked in the fields of publicity and journalism for fifteen years including two years as a publicist for The Family Channel.

Melanie and her husband, Jon, met in Colorado Springs in 1997 at Vanguard Church. Jon works in the field of computer animation. Since they’ve been married, the Dobsons have relocated numerous times including stints in Virginia, Tennessee, North Carolina, Colorado, Berlin, and Southern California. These days they are enjoying their new home in the Pacific Northwest.

Jon and Melanie have adopted their two daughters —Karly (6) and Kinzel (5). When Melanie isn’t writing or entertaining their girls, she enjoys exploring ghost towns and dusty back roads, traveling, hiking, line dancing, and reading inspirational fiction.

Rural America – 1928. After the murder of his partner, Detective Rollin Wells hides away in an Amish home near Sugarcreek, Ohio, to find out who in the police force is collaborating with Cleveland’s notorious mob. While Rollin searches for answers to his partner’s death, he befriends an elusive young Amish woman named Katie and her young son. As Rollin learns about Katie’s past, he’s shocked at the secret Katie is hiding – a secret that has haunted Rollin for eight years.

If you would like to read the first chapter of The Silent Order, go HERE.

After reviewing Christian fiction for a couple of years, I have read quite a few Amish novels. At times it becomes a little difficult to distinguish one from another. I realize that they fill the ever growing demand for stories of the plain and simple lifestyle and I have actually enjoyed most of them. However, I have longed for more variety and have actually found it in a few authors’ offerings.  The Silent Order is one of those that defies the usual expectations for ‘bonnet fiction’.

Set in and around Cleveland during the ‘roaring twenties’, The Silent Order relates the story of what happened when organized crime invaded the peaceful countryside of the Amish. Populated with well rounded characters, The Silent Order is a page turner that kept me on edge as I both dreaded and anticipated what would happen next. It is a sometimes dark story but it also highlights dedication, loyalty, bravery, and love. The peace loving Amish community was a stark contrast to the violent men of the Cardano family who resorted to murder of even family members in order to keep their secrets and advance their position.

Although I would have liked for the faith element to have been more fully developed, it did not keep me from enjoying this very well written novel. I highly recommend The Silent Order.