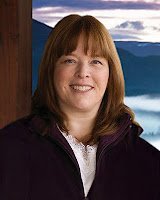 Making her home in Montana, this Kansas native enjoys spending time with family–especially her three grandchildren–Rainy, Fox and Max. She’s active in her church as the Director of Women’s Ministries, coordinates a yearly writer’s retreat for published authors, and travels, as time permits, to research her books

Will Love Escape Her Grasp?

Life seems to be falling into place for Deborah Vandermark. On the cusp of finally marrying Christopher, the man who claimed her heart, she is devastated when he receives an urgent telegram. Bound to his family obligations, Christopher travels to Kansas City, uncertain of what he will find there.

When her fiancé returns to Texas, Deborah is faced with a very different future than she expected. She finds herself plagued with questions and uncertainty…about marriage, motherhood, and her passion to train as a physician. And when an old adversary reveals a contract that may spell ruin for Vandermark Logging, Deborah’s life seems to be spiraling out of control. Can Christopher and Deborah find a way to claim the future they long to share when so much stands in the way?

If you’d like to read the first chapter of Hope Rekindled, go HERE.

Hope Rekindled is a good example of the kind of book I have come to expect from Tracie Peterson. With strong characterizations and historic context and setting, Peterson has woven a story with dramatic and romantic elements interspersed with humor and suspense.

The third installment of the Striking a Match series, Hope Rekindled continues the story of the Vandermark family and their community. Christopher and Deborah seem to encounter even more hurdles as they attempt to plan their wedding. An unprincipled man’s relentless vendetta against the Vandermarks threatens the livelihood of the entire town and the White Hand of God, a group similar to the KKK, is a growing and violent menace. Yet when all appears to be hopeless, each of them must decide whether to trust in God or their own strength.

Although I feel that can be read as a stand-alone book, the previous books of this series contain valuable background that adds to its understanding and enjoyment. I have enjoyed this series and hope that Hope Rekindled is not the final installment because  there are still some unresolved questions that I would like to see answered.