Shadowed in Silk by Christine Lindsay

This week, the
Christian Fiction Blog Alliance
is introducing
Shadowed In Silk
WhiteFire Publishing (September 1, 2011)
by
Christine Lindsay
ABOUT THE AUTHOR: 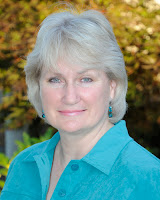 Christine Lindsay writes historical Christian inspirational novels with strong love stories. She doesn’t shy away from difficult subjects such as the themes in her debut novel SHADOWED IN SILK which is set in India during a turbulent era. Christine’s long-time fascination with the British Raj was seeded from stories of her ancestors who served in the British Cavalry in India. SHADOWED IN SILK was the Gold winner of the 2009 ACFW Genesis for Historical.

The Pacific coast of Canada, about 200 miles north of Seattle, is Christine’s home. It’s a special time in her life as she and her husband enjoy the empty nest, but also the noise and fun when the kids and grandkids come home. Like a lot of writers, her cat is her chief editor. 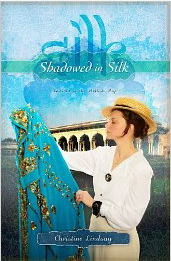 She was invisible to those who should have loved her.

After the Great War, Abby Fraser returns to India with her small son, where her husband is stationed with the British army. She has longed to go home to the land of glittering palaces and veiled women…but Nick has become a cruel stranger. It will take more than her American pluck to survive.

Major Geoff Richards, broken over the loss of so many of his men in the trenches of France, returns to his cavalry post in Amritsar. But his faith does little to help him understand the ruthlessness of his British peers toward the Indian people he loves. Nor does it explain how he is to protect Abby Fraser and her child from the husband who mistreats them.

Amid political unrest, inhospitable deserts, and Russian spies, tensions rise in India as the people cry for the freedom espoused by Gandhi. Caught between their own ideals and duty, Geoff and Abby stumble into sinister secrets . . . secrets that will thrust them out of the shadows and straight into the fire of revolution.

If you’d like to read the first chapter of Shadowed In Silk, go HERE.

I was unsure of what to expect when I opened the pages of Shadowed In Silk but soon found that I was totally engrossed in its story. I was unfamiliar with the author Christine Lindsay but will now keep my eyes open for more of her novels. This book has a little of everything – a beautiful yet mysterious setting, political intrigue, a love interest that seems impossible, wonderful characters, and a spiritual message woven throughout. Filled with action, suspense, mystery, and romance, Shadowed In Silk is guaranteed to hold the reader’s attention to the very end.

Don’t let the unfamiliar publisher and author put you off. Shadowed In Silk is well worth your time, especially if you are a lover of historical fiction.