Secrets in the Mist by Morgan L. Busse

I have enjoyed several books by Morgan L. Busse so I eagerly looked forward to her latest, Secrets in the Mist, book one of her Skyworld steampunk series.  The author wasted no time plunging me deep into her imaginary world of people who lived high on mountains or even on islands in the sky as it was the only way to escape the deadly green mist that covered the lands below.

As in most societies Skyworld contained several classes of people – from the ruling elite five families to the lowest poor folks who were constantly on the move as they attempted to escape the encroaching mist or to avoid the most recent purge ordered by the rulers.

Heroine Cass and hero Theo were from opposite ends of society but discovered how much they had in common on a shared adventure into lands covered by the mist. Their story takes place in an imaginary land that is still suffering the aftereffects of a war that took place 200 years earlier. It is a world where the mist covered land is populated by zombie-like people and the sky is filled with zippers and balloon driven ships. It is a fantasy world that is equally a dream and a nightmare.

I thoroughly enjoyed Secrets in the Mist and can’t wait to see what Theo and Cass will encounter next.

I voluntarily reviewed a digital copy of this book provided by Celebrate Lit. A favorable review was not required. All views expressed are my own.

In a world where humanity lives in the sky to escape a deadly mist below, Cass’s only goal is survival. That is, until she finds a job on the airship Daedalus as a diver. Now she explores ruined cities, looking for treasure and people’s lost heirlooms until a young man hires her to find the impossible: a way to eradicate the Mist.

Theodore Winchester is a member of one of the Five Families that rule the skies. Following in his father’s footsteps, he searches for the source of the Mist and hopes to stop the purges used to control overpopulation. But what he finds are horrifying secrets and lethal ambition. If he continues his quest, it could mean his own death.

The Mist is rising and soon the world will be enveloped in its deadly embrace, turning what’s left of humanity into the undead.

Morgan L. Busse is a writer by day and a mother by night. She is the author of the Follower of the Word series and the award-winning steampunk series, The Soul Chronicles. Her debut novel, Daughter of Light, was a Christy and Carol Award finalist. During her spare time she enjoys playing games, taking long walks, and dreaming about her next novel.

I’m afraid to fly. At first, I tried to ignore it. Then the panic attacks came. And the one time I accidentally grabbed my neighbor’s arm during turbulence, which was really embarrassing. But it was when I was waiting for my flight at the airport and felt like I was going to burst into tears right there at the gate that I knew I needed help.

I didn’t want to stop flying. I love traveling! But the fear of plummeting to the ground scared me, so I talked to my doctor and was given medicine to help me calm down. The problem is it made me really groggy. But hey, at least I could fly again.

Then I started writing Secrets in the Mist. Half of this book is about flying and one third is hang gliding. You know, flying with just a kite on your back. To write realistically about hang gliding, I started studying the sport. I read all the articles I could find, watched a lot of YouTube videos, and in the end spent over 10 hours immersing myself in the sky.

As I first imagined, then wrote each scene in Secrets in the Mist, something started to happen. I started to lose my fear of flying. It wasn’t the first time I tried to read the science behind flight to help me lose my fear of flying, but this time, I was doing it in my head. I was feeling the air and wind, tilting my glider, catching the air drafts, and not just understanding how to fly in my mind, but also with my heart.

Not only that, by creating the exhilarating feelings my character felt when she was gliding began to seep into my psyche. I felt her joy and freedom, her lack of fear, and even more, how she felt more connected to God when it was just her, the wind, and the sky. I saw the beauty of flying through my character’s eyes.

I can fly now. Without medication. I actually enjoy the takeoffs and the feeling of the plane gliding through the air. Will I try hang gliding someday? Probably not, I still hate heights. But I never dreamed that writing about flying would help me overcome my fear of it. This is the power of imagination, and the power of story.

For Him and My Family, September 3

Where Faith and Books Meet, September 8

Because I said so — and other adventures in Parenting, September 10

Through the fire blogs, September 13

To celebrate her tour, Morgan is giving away the grand prize package of Steampunk themed basket that includes a signed book, coffee by barnies, a soy candle (so it should be safe for everyone), and a $20 B&N gift card!!

Be sure to comment on the blog stops for nine extra entries into the giveaway! Click the link below to enter. 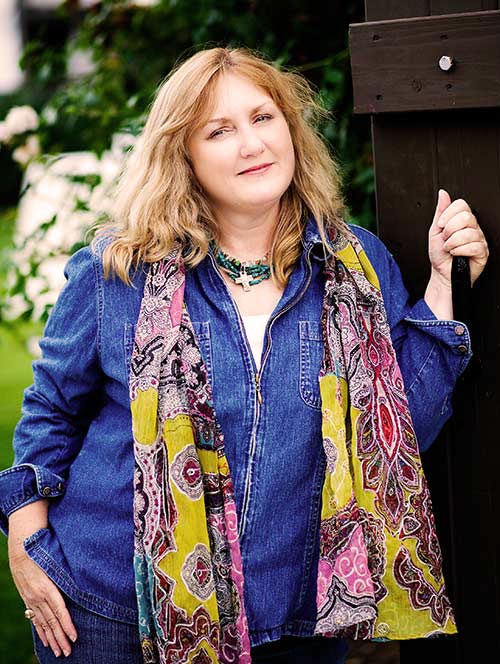 RITA and Carol award nominee Kathleen Y’Barbo is the best-selling, award-winning author of more than forty novels, novellas, and young adult books. In all, more than one million copies of her books are currently in print in the US and abroad, and her books have been translated into Dutch, German, and Spanish, to name a few.

Kathleen is a member of American Christian Fiction Writers and Romance Writers of America. She holds a BBA from Texas A&M University’s Mays Business School and a certification in Paralegal Studies, and is a former member of the Texas Bar Association’s Paralegal Division.

A tenth-generation Texan, Kathleen Y’Barbo has four children of her own as well as seven bonus kids she gladly inherited when she married her own hero in combat boots. Kathleen is proud to be a military wife, even if it did mean giving up her Texas drivers license.

From bestselling author Kathleen Y’Barbo comes Millie’s Treasure, the second book in The Secret Lives of Will Tucker series, a new set of novels involving romance, adventure, and hidden identity.

Memphis 1890–Bookish heiress Millie Jean Cope is as clever as she is beautiful. Unfortunately, though adept at solving puzzles and cryptograms, she doesn’t realize her new fiancé isn’t who he claims to be, but instead is a charming scoundrel. The infamous Will Tucker is presenting himself as a British gentleman, Sir William Trueck, though in reality he is a crafty criminal looking for a hidden map to a secret treasure.

Pinkerton agent Kyle Russell has been on Tucker’s trail for years. At last Kyle believes he has Tucker cornered, but he is uncertain whether the lovely woman on the con man’s arm is an unsuspecting victim or willing accomplice. Finding reasons to spend time with Millie is easy. Keeping himself from falling in love with her is another issue entirely.

A fun and entertaining story of how God can shine the light of truth on the most cryptic circumstances.

If you would like to read the first chapter of  Millie’s Treasure, go HERE.

I LOVE this series! The first book “Flora’s Wish” was excellent and it just might be possible that I liked Millie’s Treasure even more. It’s a hard call because I loved them both. What more could I ask for ? Millie’s Treasure is a historical romance with a dash of danger and suspense and the steampunk element made it all the more interesting and fun. I also enjoyed the historical Memphis setting of a city I’ve known my entire life. I once worked in a building overlooking the roof of the Peabody Hotel which plays an important role in the story so it was especially easy for me to visualize the scenes that took place there.

I found it difficult to put this book down and could easily have been tempted to read it during our church service (but I didn’t). The plot moved at the perfect pace and I fell in love with both Millie and Kyle. It was evident from their first encounter that they were perfect for each other despite Millie’s determination to marry Sir William.  In addition to the romance, the story is filled with adventure, danger, and drama and peppered with humor. Their faith is such an integral part of both Millie and Kyle that the Christian aspect was perfectly natural. The author is to be commended for her devotion to details, especially in keeping Kyle’s inventions potentially early versions of devices that actually exist today.

There is no way I can say much more without the risk of spoilers. Take my advice and don’t miss either of the books in this series – The Secret Lives of Will Tucker. Millie’s Treasure can easily stand alone but it is oh so much better if you have read “Flora’s Wish” first.