The Messenger by Siri Mitchell

This week, the
Christian Fiction Blog Alliance
is introducing
The Messenger
Bethany House Publishers (March 1, 2012)
by
Siri Mitchell
ABOUT THE AUTHOR: 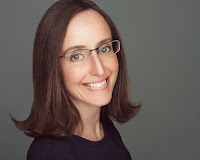 Siri Mitchell graduated from the University of Washington with a business degree and worked in various levels of government. As a military spouse, she has lived all over the world, including Paris and Tokyo. Siri enjoys observing and learning from different cultures. She is fluent in French and loves sushi.

But she is also a member of a strange breed of people called novelists. When they’re listening to a speaker and taking notes, chances are, they’ve just had a great idea for a plot or a dialogue. If they nod in response to a really profound statement, they’re probably thinking, “Yes. Right. That’s exactly what my character needs to hear.” When they edit their manuscripts, they laugh at the funny parts. And cry at the sad parts. Sometimes they even talk to their characters. 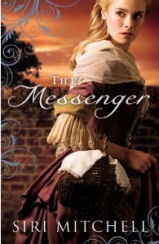 Hannah Sunderland felt content in her embrace of the Quaker faith

…until her twin brother ran off and joined the army and ended up captured and in jail. Suddenly Hannah’s world turns on end. She longs to bring her brother some measure of comfort in the squalid, frigid prison where he remains. But the Quakers believe they are not to take sides, not to take up arms. Can she sit by and do nothing while he suffers?

Jeremiah Jones has an enormous task before him. Responsibility for a spy ring is now his, and he desperately needs access to the men in prison, whom they are seeking to free. A possible solution is to garner a pass for Hannah. But while she is fine to the eye, she holds only disdain for him–and agreeing would mean disobeying those she loves and abandoning a bedrock of her faith.

With skill and sensitivity, Mitchell tells a story of two unlikely heroes seeking God’s voice, finding the courage to act, and discovering the powerful embrace of love.

If you would like to read the first chapter of The Messenger, go HERE.

Learn more about Siri and her books on her Website.

From the opulence of society functions to the squalor of the British prison, Mitchell takes her readers on a fascinating historical journey through British occupied Philadelphia during the American Revolution. Laced with factual details, The Messenger also raises several issues that will leave the reader with something to ponder after the last page has turned.

The Messenger features the unlikely pair of Hannah Sunderland, a young Quaker woman whose brother has been imprisoned by the British and Jeremiah Jones, an embittered former soldier who blames the British for the loss of his arm. Each of them has their own reason to work towards freeing the colonial prisoners and most of the narrative centers on their efforts to work together as spies despite their extreme differences and strong dislike of each other.

Related through first person points of view of both Hannah and Jeremiah, the story gives the reader an intimate understanding of the thought processes and values of each character. Hannah’s absolute refusal to lie was a source of frustration to Jeremiah but her steadfast spirit soon began to affect his own outlook. It was interesting to watch how both Hannah and Jeremiah changed as the story progressed.The romance was subtle and took a backseat to the drama and danger involved in working to free the prisoners.

The Messenger is a must read for those who enjoy historical fiction, especially those interested in the Revolutionary War.