Serpent of Moses by Don Hoesel

This week, the
Christian Fiction Blog Alliance
is introducing
Serpent of Moses
Bethany House Publishers (July 1, 2012)
by
Don Hoesel
ABOUT THE AUTHOR: 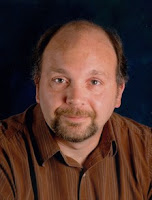 Don Hoesel is a Web site designer for a Medicare carrier in Nashville, TN. He has a BA in Mass Communication from Taylor University and has published short fiction in Relief Journal. He was born and raised in Buffalo, NY but lives in Spring Hill, Tennessee, with his wife and two children. The Serpent of Moses is his fourth novel.

Learn more about Don and his books on his Website. 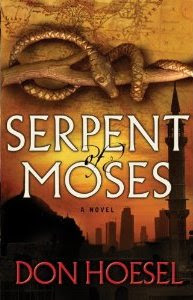 Moses built and lifted up the brass serpent, healing the afflicted Israelites of snakebites. King Hezekiah called the serpent Nehushtan. Long thought destroyed, it’s been buried for millennia, secreted under the region’s shifting sands. Now the Israeli government wants it back and they will stop at nothing to get their hands on it. Yet they’re not the only ones who covet the Nehushtan.

Archaeologist Jack Hawthorne travels to Libya intent on recovering the sacred object, but one does not cross the Mossad and expect to walk away without a fight. Jack and his friends must find the priceless “snake of brass upon a pole” before those who are also hunting it find them…and silence them forever.

If you would like to read the first chapter of  Serpent of Moses, go HERE.

Archaeologist Jack Hawthorne could easily be compared to a modern day Indiana Jones. His quest for biblical artifacts has taken him all over the world and pitted him against various others who were after the same thing. Much like Indiana Jones, he has narrowly escaped serious injury or death numerous times but he never gives up. As the title indicates, in this sequel to Elisha’s Bones, Jack has a bead on the bronze serpent created by Moses in the Book of Numbers and destroyed by Hezekiah in Second Kings. Unfortunately there are others, including some powerful Israelis who will stop at nothing to obtain the serpent of Moses. Before very many chapters have elapsed, Jack and his long-time friends ex-CIA agent Jim Duckett, Dr. Esperanza Habilla and her brother, Romero find themselves up to their eyeballs in a dangerous adventure that could very well cost them their lives.

Serpent of Moses had the same page-turning suspense that I found in Elisha’s Bones. I enjoyed following the separate adventures of each of the characters until they came together near the end for the grand finale. It was also intriguing to read excerpts from their antagonists’ point of view. I thoroughly enjoyed this novel and hope to see more adventures of Jack and Espy in the near future. My only complaint is that it was unclear to me what the final outcome was for Templeton (I reread several times to be sure I didn’t miss something). Is this something that readers should decide for themselves or will it be revealed in a forthcoming installment? I’d really like to know.