This week, the
Christian Fiction Blog Alliance
is introducing
Born of Persuasion
Tyndale House Publishers, Inc. (September 1, 2013)
by
Jessica Dotta
ABOUT THE AUTHOR: 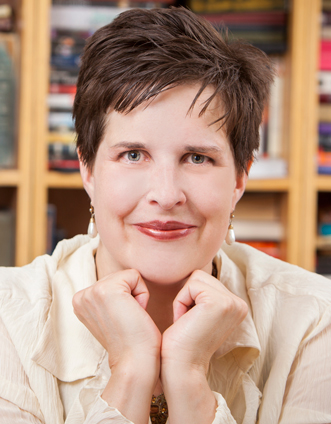 Born in the wrong century–except for the fact that she really likes epidurals and washing machines–Jessica Dotta writes British Historicals with the humor like an Austen, yet the drama of a Bronte.

She resides lives in the greater Nashville area—where she imagines her small Southern town into the foggy streets of 19th century London. She oversees her daughter to school, which they pretend is an English boarding school, and then she goes home to write and work on PR. Jessica has tried to cast her dachshund as their butler–but the dog insists it’s a Time Lord and their home a Tardis. Miss Marple, her cat, says its no mystery to her as to why the dog won’t cooperate. When asked about it, Jessica sighs and says that you can’t win them all, and at least her dog has picked something British to emulate.

The year is 1838, and seventeen-year-old Julia Elliston’s position has never been more fragile. Orphaned and unmarried in a time when women are legal property of their fathers, husbands, and guardians, she finds herself at the mercy of an anonymous guardian who plans to establish her as a servant in far-off Scotland.

With two months to devise a better plan, Julia’s first choice to marry her childhood sweetheart is denied. But when a titled dowager offers to introduce Julia into society, a realm of possibilities opens. However, treachery and deception are as much a part of Victorian society as titles and decorum, and Julia quickly discovers her present is deeply entangled with her mother’s mysterious past. Before she knows what’s happening, Julia finds herself a pawn in a deadly game between two of the country’s most powerful men. With no laws to protect her, she must unravel the secrets on her own. But sometimes truth is elusive and knowledge is deadly.

If you would like to read the first chapter of Born of Persuasion, go HERE.

There was a time in my life when I devoured Gothic romance novels by authors Victoria Holt, Phillipa Carr, etc. As I read Born of Persuasion I was reminded of those novels and how much I enjoyed them with their mysterious and ominous mood.

With its intricately woven plot, Born of Persuasion allowed me to tag along with Julia Elliston on her dangerous quest for safety after her mother’s death. At times I was not in favor of the choices made by Julia but I remained as confused as she was about who she could believe and/or trust for the entirety of the book. Only as the story neared its end were some of my questions answered and even then I believe I will be forced to wait until the next volume is published to gain more satisfactory answers.

I found Born of Persuasion to be both enjoyable and frustrating but that is the mark of a skilled author. I eagerly anticipate the release of “Mark of Distinction” and hope the wait is not too long.