DiAnn Mills believes her readers should “Expect an Adventure.” She is a fiction writer who combines an adventuresome spirit with unforgettable characters to create action-packed novels. Her books have won many awards through American Christian Fiction Writers, and she is the recipient of the Inspirational Reader’s Choice award for 2005, 2007, and 2010. She was a Christy Award finalist in 2008 and a Christy winner in 2010.

DiAnn is a founding board member for American Christian Fiction Writers, a member of Inspirational Writers Alive, Advanced Writers and Speakers Association, and is the Craftsman Mentor for the Christian Writer’s Guild. She speaks to various groups and teaches writing workshops.

DiAnn and her husband live in Houston, Texas. Visit her website or find her on Facebook at http://www.facebook.com/diannmills
ABOUT THE BOOK: 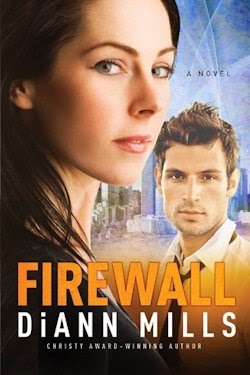 After a whirlwind romance, Taryn Young is preparing to board a plane at Houston International Airport, bound for a dream honeymoon, when a bomb decimates the terminal. Injured but still alive, she awakens to discover her husband is missing and they’re both considered prime suspects in the attack. Further, the FBI is convinced her husband isn’t who he appears to be.

Agent Grayson Hall’s number-one priority is to catch those responsible for the day’s act of terror. All evidence is pointing to Taryn and her new husband. But his instinct tells him her pleas of innocence are genuine. Is her naiveté just for show, or could she truly be another victim of a master scheme, possibly linked to the software she recently developed for her company?

With both their lives and reputations on the line, and the media outcry for justice increasing with each passing minute, Taryn and Grayson have no choice but to trust one another . . . and pray they can uncover the truth before they become two more casualties.

If you would like to read the first chapter of Firewall, go HERE.

It would have been difficult to convince me that DiAnn Mills’ books could be improved upon – that is until I read Firewall. It seemed to reach out, grab me by the collar and pull me right into the story. I really wanted to slow down and savor the story but I was so caught up in its grip that I raced right through it. I just had to find out what would happen next.

I liked the characters very much. I could identify with Taryn because like her I have always been more comfortable with my books and computer. I could easily imagine the nightmare Taryn found herself unable to wake from. And Grayson – what a guy! Dedicated to solving a crime with evidence pointing to Taryn’s guilt, he nevertheless gave her the benefit of the doubt despite his partner’s determination to incriminate her. The plot moved at breath-taking speed with so many twists and turns that it was sometimes hard to keep up. More than one surprise was in store as identities of guilty parties were revealed at just the right point in the story. And a little romance never hurt anything!  I also liked the natural way the main characters grew stronger in their trust in God and others despite (or maybe because of) their sometimes overwhelming circumstances.

Firewall is a masterpiece of romantic suspense. I can hardly wait for the next installment of DiAnn’s newest series.