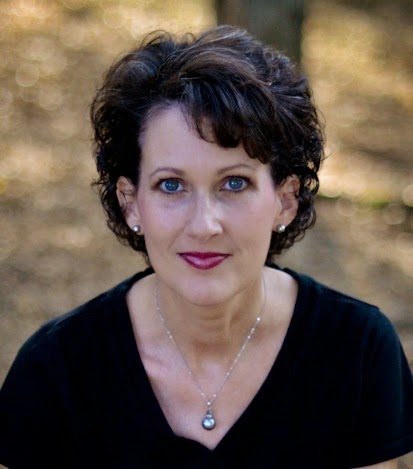 An avid reader and blogger, Varina Denman enjoys writing fiction about Christian women and the unique struggles they face. She seems to have a knack for describing small town life, and is currently working on a three book Texas series which will soon be published by David C. Cook. The first book in the series, Jaded, won the 2013 ACFW Genesis contest for romance.

Varina attended three Texas universities over a span of five years, majoring in four subjects and earning zero degrees. However, she can now boast sixteen years as a home educator, volunteering in the local cooperative where she has taught numerous subjects including creative writing and literature.

Even though Varina has spoken at ladies’ retreats and taught women’s Bible classes, she finds the greatest fulfillment facilitating prayer groups. She lives in Burleson, Texas, where she helps with Family Ministry in her home congregation. Varina is a member of American Christian Fiction Writers and North Texas Christian Writers.

As a child, Ruthie was shunned by the local congregation. Thirteen years later, Ruthie’s heart begins to stir when an attractive single preacher arrives. But their relationship is bitterly opposed—unearthing a string of secrets which threaten to turn the church, the town, and her world upside-down.

Jaded is the rare novel that is both love story between a woman and man … and God and His church. Plunging deep into the waters of shame, forgiveness and restoration, it will resonate with every woman who’s experienced a loss of heart … and a thirst for hope.

If you would like to read the first chapter of Jaded, go HERE.

Having spent most of my life in rural communities and small churches, the story told by Jaded rings true to me. I personally have never witnessed a situation quite like the one experienced by Ruthie and her mother but I can recognize the potential of something similar happening if circumstances played out just right.

Jaded is beautifully written and I immediately connected with its characters. It is a sobering tale of how much destruction and pain that gossip and lies can cause. It is also a glorious story of the beauty and freedom gained by the truth and forgiveness.

I very much enjoyed my first book by Varina Denman and am looking forward to reading more of her work.