To Love & to Honor by Heather Blanton 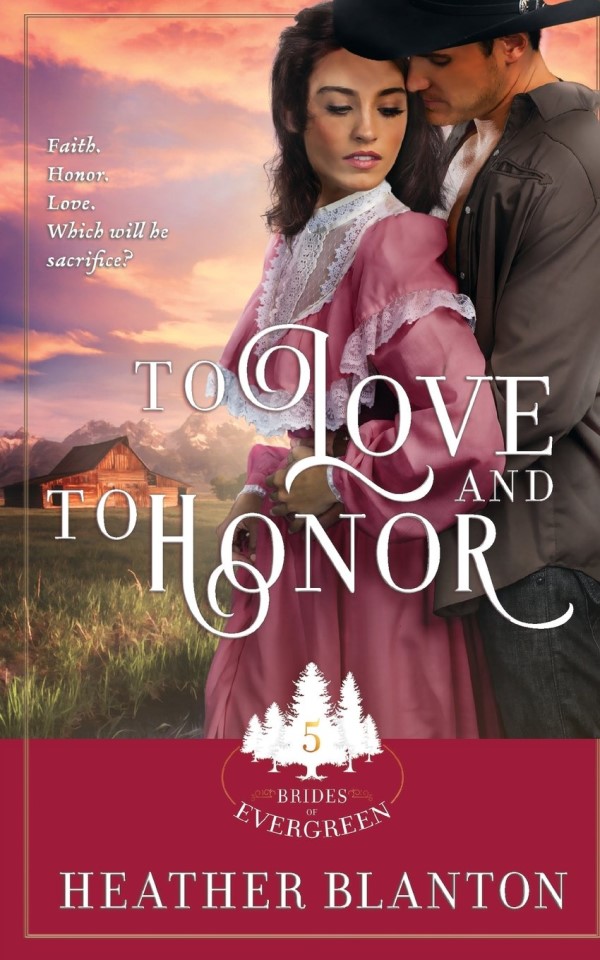 I discovered Heather Blanton’s books due to my love of Christian fiction with historical western settings. Her novels meet that requirement perfectly. Ms. Blanton tends to tackle subject matters that many avoid and for that reason they are usually quite realistic and sometimes gritty. Nevertheless she manages to keep them clean with an emphasis on faith which I appreciate.

To Love and to Honor features a married man who has lost his leg due to a war injury only to be abandoned by his wife. He meets a young, unmarried woman on the stage who has been abandoned by her lover when he discovered she was expecting his child. With no other options, the young lady is reluctantly returning home to a father she expects will be less than welcoming. Although he feels defeated, Joel Chapman is still enough of a gentleman to try to help Angela temporarily. Neither expects what happens next.

Yes, neither of these characters is the ideal hero or heroine of a Christian novel but yet they are because this story is one about redemption and restoration and how the Lord uses others to rescue hopeless situations and make them new again. I loved this book and always look forward to new ones by this author.

I voluntarily reviewed a digital copy of this book provided by the author. A favorable review was not required. All views expressed are my own.

Joel Chapman’s spirit is dying a slow, painful death. An amputee, he can no longer fulfill his duties as a cavalry soldier. According to his wife, without two good legs, he can’t fulfill his duties as a husband and provider. In a world of able-bodied men, it seems honor and faith don’t count for much. Angela Fairbanks is the daughter of a cattle baron known for his iron fist and cold heart. She has no doubt once her father learns she is carrying an illegitimate child, he will banish her from the ranch. A chance encounter with Joel results in a reckless but compassionate offer: for one day, he’ll play the role of her husband, and then “abandon” her. For the sake of the baby, Angela agrees to the ruse. But when love weaves itself into the lie, Joel and Angela will discover there’s much more at risk than just their hearts. Faith. Honor. Love. Which one will they sacrifice?

Best-selling author Heather Blanton is a former journalist and avid researcher who endeavors to seamlessly weave actual history in among fictional storylines. She loves exploring the American West, especially ghost towns and museums. She has walked parts of the Oregon Trail, ridden horses through the Rockies, climbed to the top of Independence Rock, and even held an outlaw’s note in her hand.

Her novels are all Christian Western Romance because this is the genre that lets her write about feisty pioneer women who struggle to find love and keep their faith. Like all good, old-fashioned Westerns, there is always justice, a moral message, American values, lots of high adventure, unexpected plot twists, and often a touch of suspense. Of course, romance is always a strong element in her stories because it is such a beautiful gift from God and a perfect reflection of how he loves us: sacrificially and lavishly. Her work is inspired by authors like the great Louis L’Amour, Francine Rivers, and Linda Lael Miller, to name just a few.

She grew up in the mountains of Western North Carolina on a steady diet of Bonanza, Gunsmoke, and John Wayne Westerns. Her most fond childhood memory is of sitting next to her daddy, munching on popcorn, and watching Lucas McCain unload that Winchester! Her daddy also taught her to shoot and, trust us, she can sew on buttons with her rifle.

She is a proud member of Western Writers of America and American Christian Fiction Writers.